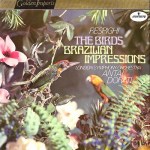 Reviews and Commentaries for Classical Records on Mercury

These days, most Golden Import reissues we play sound much too much like the bulk of the Philips pressings we’ve played over the years tend to sound: smooth, smeary, compressed, recessed and veiled.

Can’t say what this one sounds like, it sold many years ago, but I would not expect any Golden Import to sound good to me now.

More than anything the changes we hear in the records we play now tie into the idea of Progress in audio, since without progress the records that sounded good to me in 2006 would still sound good to me now, and thank goodness they don’t.

Live and Learn is our motto, onward and upward, and we have made that approach to audio the very foundation of our business.

If you are stuck in a Heavy Vinyl rut, we can help you get out of it. We did precisely that for these folks, and we can do it for you.

(You may of course not be aware that you are stuck in a rut. Most audiophiles aren’t. The best way out of that predicament is to hear how mediocre these modern records sound compared to the vintage Hot Stampers we offer. Once you hear the difference, your days of buying newly remastered releases will most likely be over. Even if our pricey curated pressings are beyond your budget, you can avail yourself of the methods we describe to find killer records on your own.)

The famous Bolero on the TAS List had seemed to me to be a Harry Pearson mistake from the old days, a record he clearly liked at one time and simply had not played later in life on better equipment.

In 2006, mostly what we were doing in the commentary you see below was bashing the Just Plain Awful Speakers Corner Mercury series that seemed to please everyone else. We thought those remastered pressings were disgraceful, the worst of the worst. Every title from that series that I played was so wrong as to defy understanding. I stopped after two. Two was all I could take.

And where, may I ask, are those awful Mercury’s now?

On the trash heap of Heavy Vinyl Rip-offs from the past I hope. (I hope — audiophiles seem to like so many bad sounding records that it would not surprise me if there were still some die-hard fans of the series.)

How bad does a stereo have to be to keep you from hearing what is wrong with the sound of these awful records?

SUPERB SOUND on side two, which contains Brazilian Impressions. This is the way to reissue an album! As you know, I am on record as finding the new [circa 2000] Mercury 180 gram reissues positively unlistenable. That whole series is the perfect example of how to RUIN the sound of the marvelous originals.

This Golden Import pressing is DRAMATICALLY better sounding than ANYTHING Speakers Corner has done with the Mercury catalog. And I am sure there are originals that are even better than this LP. (Probably most of them aren’t, judging by my experience.) [Unlikely now that we have much better playback and cleaning systems.]

What should you get with a good reissue? Spacious, open, sweet, super low-distortion sound, the kind that modern cutting equipment offers. All those would be nice, and that’s exactly what you get here. You can’t ask for much more from a budget reissue, which is what the Golden Import series was of course. Considering how wonderful this record sounds, it’s more evidence that there is no correlation between the original retail price and quality.

Most of our Hot Stamper prices are directly related to how good the sound is, not the collector value or market value of the record. This is probably a $25 record on ebay, but the one you might buy off ebay is very unlikely to sound as good as this one, so we have raised the price of our record accordingly.

Why can’t Speakers Corner make Mercury records that sound like this?

While we’re at it, why don’t ANY Heavy Vinyl reissues sound as good as the best budget reissues of the past, the Stereo Treasuries, the RCA Red and Gold Seals, these Golden Imports?