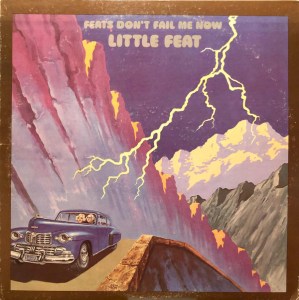 It’s getting mighty hard to find clean copies of practically all the pre-Waiting For Columbus titles.

The good news we have to offer this time as opposed to last is that we can now clearly say that Feats Don’t Fail Me Now is the best sounding album of the first four the band recorded. We think the songs are great too; we would hope that goes without saying. Waiting For Columbus — their live masterpiece and inarguably the definitive recording statement by the band — has at least one song from this album on each of its four sides. That ought to tell you something. If only we could find good sounding copies! But enough about that album. Let’s talk about this one.

75% of the songs on both sides are absolute Little Feat Classics. What other album can boast such consistently good songwriting?

This is where the band really hit their stride. (The next album is a personal favorite as well.)

So many pressings are either dull or thin that tonality becomes a major issue on an album like this.

The copies that do well in our shootouts are rich and full-bodied, but not thick, opaque or dull. They must also of course have plenty of rock and roll energy and rhythmic drive. 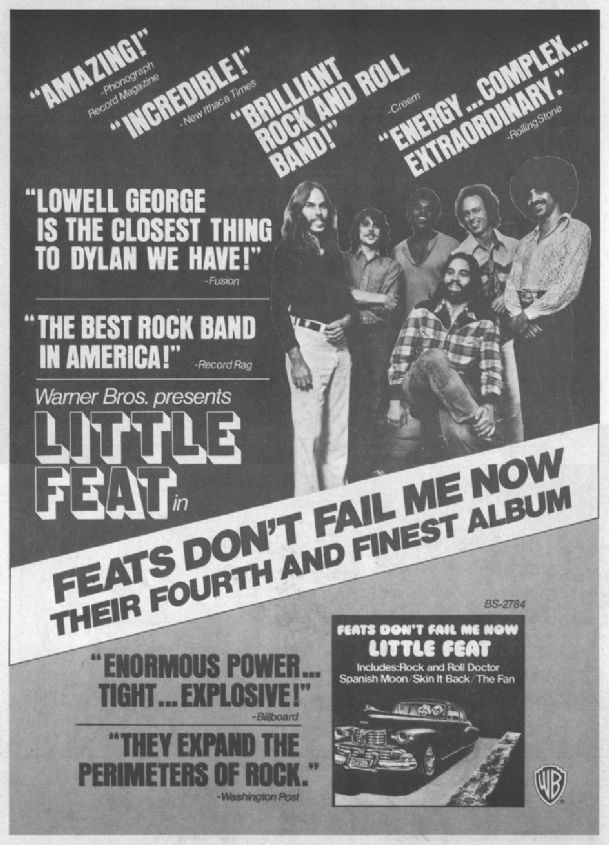