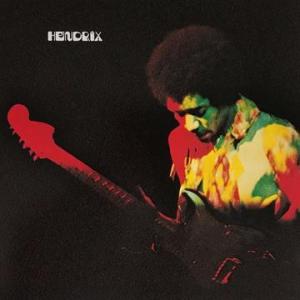 This vintage Capitol pressing has the kind of Tubey Magical Midrange that modern records can barely BEGIN to reproduce. Folks, that sound is gone and it sure isn’t showing signs of coming back. If you love hearing INTO a recording, actually being able to “see” the performers, and feeling as if you are listening live at Fillmore East, this is the record for you. It’s what vintage all analog recordings are known for — this sound.

What We’re Listening For on Band of Gypsys

Changes
Power to Love
Message to Love
We Gotta Live Together

The music was a seamless melding of rock, funk, and R&B, and tunes like “Message to Love” and “Power to Love” showed a new lyrical direction as well. Although he could be an erratic live performer, for these shows, Hendrix was on — perhaps his finest performances. His playing was focused and precise. In fact, for most of the set, Hendrix stood motionless, a far cry from the stage antics that helped establish his reputation as a performer. Equipment problems had plagued him in past live shows as well, but everything was perfect for the Fillmore shows… Band of Gypsys is not only an important part of the Hendrix legacy, but one of the greatest live albums ever.