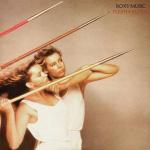 The British Original Polydor Super Deluxe pressings are the only way to go on this album. No domestic pressing or other import in our experience has ever been better than passable; we know, we’ve been cleaning and playing them for more than thirty years.

This British LP is cut by one of my favorite mastering houses in England, which no doubt accounts for the excellent sound. The estimable Robert Ludwig cut the domestic pressings. Unfortunately for us Americans it sounds to us like they gave him a dub tape to master from. (The same thing happened on Avalon by the way.)

This is a transitional album. Some of it sounds like Avalon (Oh Yeah, Over You, etc.) and some of it sounds more like their earlier material. It may not be as consistent as Avalon but it’s well worth owning for its best songs (listed below) and comes highly recommended for fans of the band.

Standout tracks on side two include Over You / Eight Miles High / Rain, Rain, Rain

Adventures in Music and Sound

AMG calls Roxy Music the “most adventurous rock band of the early ’70s” and I’m inclined to agree with them. Roxy are certainly one of the most influential and important bands in my growth as a music lover and audiophile, joining the ranks of Supertramp, Ambrosia, 10cc, Steely Dan, Yes, Bowie and countless others, musicians and bands who seemed to me dedicated to exploring and exploding the conventions of popular music.

My equipment was forced to evolve in order to be able to play the scores of challenging recordings issued by these groups in the ’70s. You could say that the albums of Roxy Music and others informed not only my taste in music but the actual stereo I play that music on.

I’ve had large scale dynamic speakers for the last four decades, precisely in order to play records like this, the kind of music I fell in love with forty years ago.

Keep in mind that we’re the guys who are all about sound, not originality.

We discussed it in our FAQ as a matter of fact:

This listing gets to the point:

Original Is Better? Sez Who?

These are all records that sound better on the right reissue pressing, not the original:

Wikipedia on the Singles from Flesh + Blood

Allmusic.com in a review of the single: “Over You” represents one of the crowning achievements of Roxy Music’s last years, a hauntingly hypnotic love song which spirals along on a warm bed of rhythm and guitar, interspersed with a few slabs of classic Roxy dissonance, and interrupted by some classic Beatles-ish guitar from Phil Manzanera.”

The first single “Over You” is the only Roxy Music single included in Dave Marsh’s The Heart of Rock & Soul: The 1001 Greatest Singles Ever Made. Marsh writes “Roxy Music from time to time produced slices of music that were compulsively listenable, adding a dangerous groove to a fantasy Top 40 (since none of them actually reached it, in the States at least) in which such ironic distance might have actually communicated something other than the performers’ feelings of inherent superiority to the genres in which they trafficked.

“Invariably, these pieces presented themselves as singles. Among the more memorable were “Do the Strand,” and “Love is the Drug,” a trenchant satire (I think) of love songs and romantic love per se. Best of all, though, was “Over You,” its title a multilayered pun (which was perhaps even scatological in some dimensions), its topic an essence of banality, but its groove irresistible.

“Ferry’s singing succumbs to the seductions of the beat and actually shows some life, so that even though the lyrics are actually quite as predictable as they want to be, their juxtaposition with heavily romantic piano chords, synth riffs, and Andy Mackay’s soprano sax solo lends them a lush romanticism, as if the love song overlay were genuinely felt by all concerned.”

Rob Sheffield writes “Ferry had always founded his most arcane art notions on an unshakeable passion for pop. Roxy’s quintessential song from this era is 1980’s “Over You.” Ferry glides through the trance-like groove with the mantra “Wish I was somewhere/Over You.” until he starts ascending into the ether, leaving his fickle lover behind, soaring higher through glaze and gloss. Then the song fades out and Ferry starts the act again. This approach can get wearing, especially if you don’t believe that tears-in-my-caviar heartbreak is a spiritual quest. But when Bryan’s on, as in Manifesto’s Dance Away or Flesh + Blood’s Oh Yeah, its impossible not to fall for him.”

Jonathan Rigby praised the second single from the album, writing “If Dance Away achieved Ferry’s long-held ambition and became accepted as a modern standard, it’s hard to see why the same accolade has yet to be bestowed on Oh Yeah, which is perhaps the most limpidly beautiful ballad in his portfolio.”

Allmusic.com in its review states “The sequence of exquisite singles that Roxy Music rattled off as the late ’70s became the early ’80s was highlighted by any number of songs which, dispassionately, could be ranked among Bryan Ferry’s purest pop visions yet. “Oh Yeah” surely edges them all, however, not only for its own understanding of the genre’s traditions (an everyday story of boy meets girl, in car with radio), but also via its reinvention over a decade later, when London Suede borrowed both a lyric and the mood for their own The Wild Ones.”