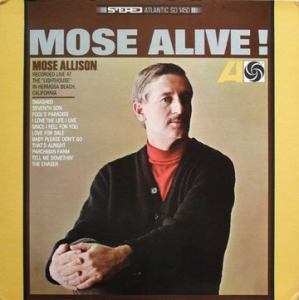 What the Best Sides of Mose Alive! Have to Offer Is Not Hard to Hear

What We’re Listening For on Mose Alive!