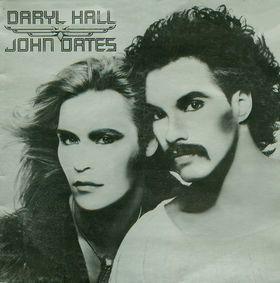 What We’re Listening For on Daryl Hall & John Oats

Camellia
Sara Smile
Alone Too Long
Out of Me, Out of You
Nothing at All

… much of the album is lush and catchy, featuring ballads and midtempo numbers that are nearly as engaging as the duo’s breakthrough single, “Sara Smile.”

Daryl Hall and John Oates (often shortened to Hall & Oates) are an American duo who achieved their greatest fame in the late 1970s and early to mid-1980s. Both sing and are multi-instrumentalists. They specialized in a fusion of rock and roll and rhythm and blues styles, which they dubbed “rock and soul.”

Critics Stephen Thomas Erlewine and J. Scott McClintock write,[1] “at their best, Hall & Oates’ songs were filled with strong hooks and melodies that adhered to soul traditions without being a slave to them by incorporating elements of new wave and hard rock.” On some tours and dates, established soul and blues artists performed in the duo’s band.