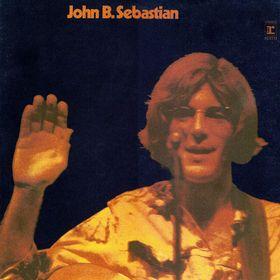 This Shootout Winner was clearly better than every other copy we played. It’s big, full-bodied and rich; in other words, it has that classic 1970 analog rock sound that we love. Bruce Botnick and his brother are two of the many engineers on the project, along with John Haeny, the man who recorded his share of legendary albums, some of our favorites by Jackson Browne, Bonnie Raitt, Judy Collins, Linda Ronstadt and others.

What the Best Sides of John B. Sebastian Have to Offer Is Not Hard to Hear

What We’re Listening For on John B. Sebastian

How Have You Been
Baby, Don’t Ya Get Crazy
The Room Nobody Lives In
Fa-Fana-Fa
I Had a Dream

When he led the Lovin’ Spoonful from 1965 to 1967, John Sebastian experimented with a variety of styles, expanding from the folk, jug band, and rock & roll that were the band’s basic mixture to include everything from country (“Nashville Cats”) to orchestrated movie scoring (“Darling, Be Home Soon”). Freed from the confines of a four-piece band, he stretched further on his debut solo album… there were also delicate ballads like the string-filled “She’s a Lady,” a stripped-down remake of “You’re a Big Boy Now,” and “The Room Nobody Lives In,” the last performed with only a harmonium and bass guitar.