Here is a picture of someone else’s old Focus speakers, likely very much like our own, but of course we have stands that angle the speakers (an angle that took me months to get dialed in right), and he has his speakers sitting directly on the floor with no spikes underneath them at all, which is a very bad idea!

The speakers are way too close to the back wall and somewhat too close to the side walls too. Lots of other issues but, hey, not my stereo so what difference to me does it make? He clearly has a lot to learn about audio. Which simply means he has lots of work to do, but if you’ve been in this game as long as I have, we both know he will probably never do it. His system as it is stands is probably musical and enjoyable, and for most folks that is enough. 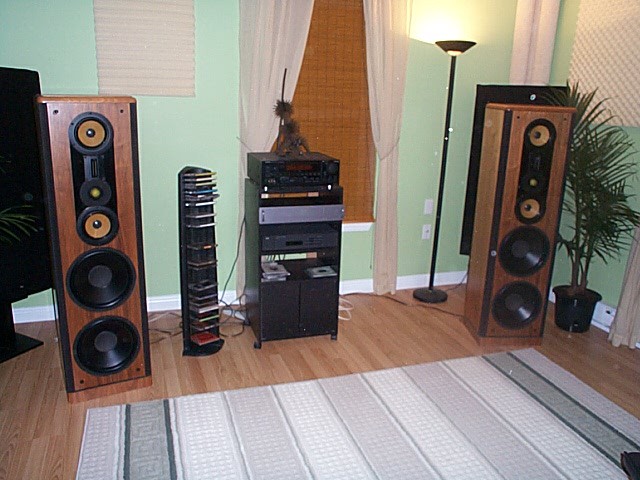 Robert Brook has been experimenting with different aspects of audio lately. His Broken Record blog has lots to say about these issues. I agree with much of what he has written. The Analog Set Up section on his blog is probably a good place to start to see what he has learned by ignoring conventional wisdom and testing every aspect of audio with an open mind.