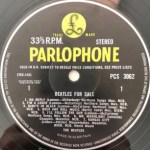 Hot Stamper Pressings of The Beatles for Sale

On the Yellow and Black Parlophone label! This is best sounding early label pressing we have ever played. Not a Shootout Winner, but a perfectly enjoyable copy of one of the best sounding Beatles albums we play on a regular basis.

We just played another original pressing of For Sale and this copy had a Triple Plus (A+++) side one, mated to a Double Plus (A++) side two. For Sale is still the only studio album with top quality sound on the original pressing that we have ever played, but now we can say with some authority that if you have a bunch of originals, you might just have one with killer sound.

Before this, the only Beatles record we would sell on the Yellow and Black Parlophone label was A Collection of Oldies… But Goldies. That title does have the best sound on the early label. In numerous shootouts, no Black and Silver label pressing from the ’70s was competitive with the best stereo copies made in the ’60s.

Until now, it was clearly the exception to our rule: that from With the Beatles up through Sgt. Pepper, the best sounding Beatles pressings would always be found on the best reissue pressings.

Here are the notes for the best sounding For Sale on the early label we played in our recent shootout. 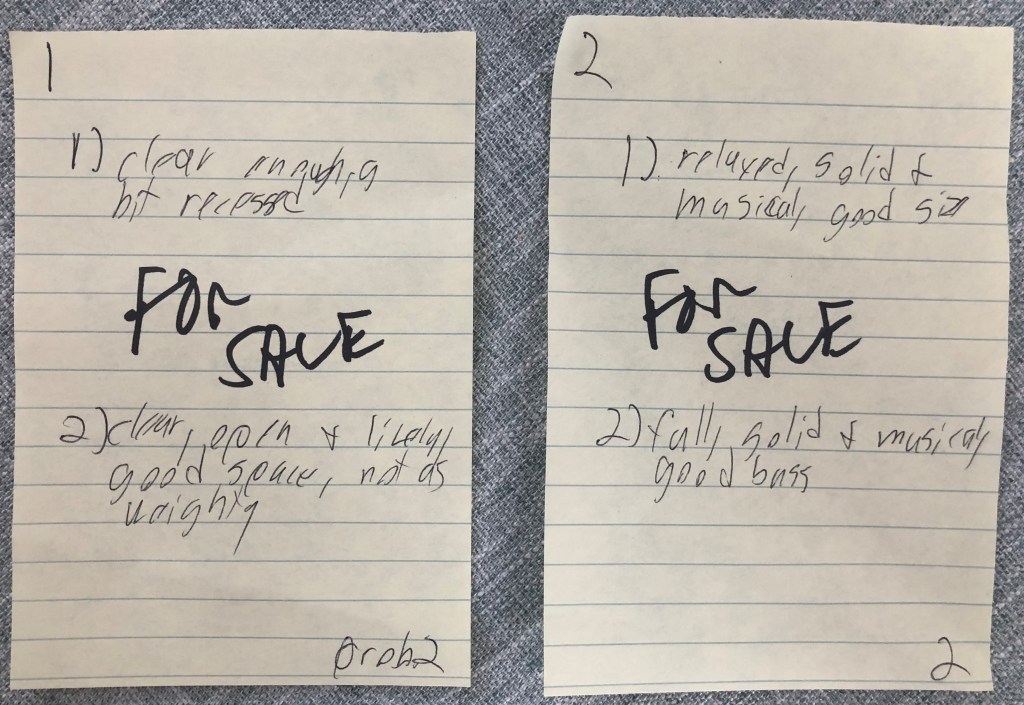 For those who have trouble reading our writing, the basics are:

Track one is clear enough, a bit recessed.

Track two is clear, open and lively, with good space, but not as weighty as the best.

Track one is relaxed, solid and musical, with good size.

Track two is full, solid and musical, with good bass.

A very good sounding record, with few of the problems we heard on the other early label Beatles pressings we’ve played in the past. Most of them had the kind of Old School sound — compressed, congested, harmonically distorted, bandwidth limited, etc. — that kept them from making the cut.

For Sale here is one we have to admit defied our expectations. A classic case of Live and Learn.

But that’s the reason to play records, not judge them by their labels, right? How else would you possibly learn anything about their sound? And you have to play them head to head against other copies, a normally crude process we’ve refined over the last twenty years into a science we like to call the Hot Stamper Shootout.

Will we ever buy another one? Probably not. The right later label pressings always win the shootouts, and the second tier copies on the later label will tend to be cheaper to buy, in better condition and pressed on quieter vinyl.

If you really must have an early label pressing, like this guy, you will have no trouble finding one in good shape.  Well, maybe not no trouble, because buying records over the internet is a major pain. Let’s just say it can be done.

Cleaning the record is another matter. For that you need a lot of expensive equipment and plenty of time on your hands.

Some Current Thoughts on Old Paradigms

It is our strongly held belief that if your equipment (regardless of cost) or your critical listening skills (regardless of the esteem you hold yours in) do not allow you to hear the kinds of sonic differences among pressings we describe, then whether you are just getting started in audio or are a self-identified Audio Expert writing for the most prestigious magazines and websites, you still have a very long way to go in this hobby.

A reviewer we all know well was clearly stuck years ago in the Old Paradigm, illustrated perfectly by this comment:

We are not aware that he has subsequently recognized the error of his ways. We can’t imagine how anyone can have a system in this day and age that can obscure the flaws of the original Parlophone pressings of Rubber Soul (or any other Yellow and Black label Parlophone pressing for that matter). The reviewer quoted above apparently does (as do some of our customers, truth be told), but we have something very different indeed. One might even consider it the opposite of such a system.

Our system is designed to relentlessly and ruthlessly expose the flaws of every record we play. Only the best of the best can survive that level of scrutiny. Our system (comprising equipment, set-up, tweaks, room, room treatments, electricity) operates at the Highest Level of Fidelity we are able to achieve. In addition, we are constantly making improvements to our playback system in search of even better sound.

But wait a minute, who are we to talk about being easily fooled? Bear in mind that as recently as 2000-something we were still recommending the DCC and other Heavy Vinyl pressings, records that I can’t stand to listen to these days. My system couldn’t show me how sterile and lifeless they were then, but it sure can now.

I, on the other hand, am not a musician. Over the years I simply tried to get my stereo to sound more like live music. As it improved over time it allowed me to hear more and more of what was really on my records. I slowly gained the skills I needed to do the kind of critical listening comparisons that are currently the heart of our business.

Let me be the first to admit it was slow going for about the first twenty years. 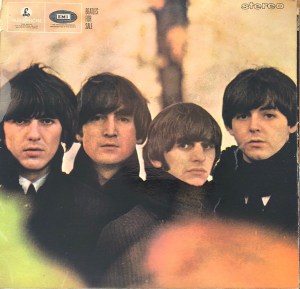