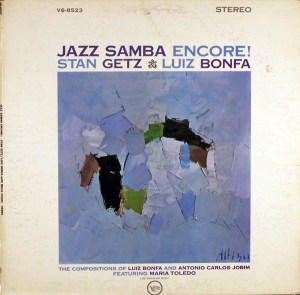 This vintage Verve pressing has the kind of Tubey Magical Midrange that modern records rarely even BEGIN to reproduce. Folks, that sound is gone and it sure isn’t showing signs of coming back. If you love hearing INTO a recording, actually being able to “see” the performers, and feeling as if you are sitting in the studio with the band, this is the record for you. It’s what vintage all analog recordings are known for — this sound.

What the best sides of Jazz Samba Encore! have to offer is not hard to hear:

What We’re Listening For on Jazz Samba Encore!

Here’s some more bossa nova from Stan Getz when the bloom was still on the first Brazilian boom. This time, however, on his third such album, Getz relies mostly upon native Brazilians for his backing. Thus, the soft-focused grooves are considerably more attuned to what was actually coming out of Brazil at the time.

Two bona fide giants, Antonio Carlos Jobim and Luiz Bonfá (who gets co-billing), provide the guitars and all of the material, and Maria Toledo contributes an occasional throaty vocal. 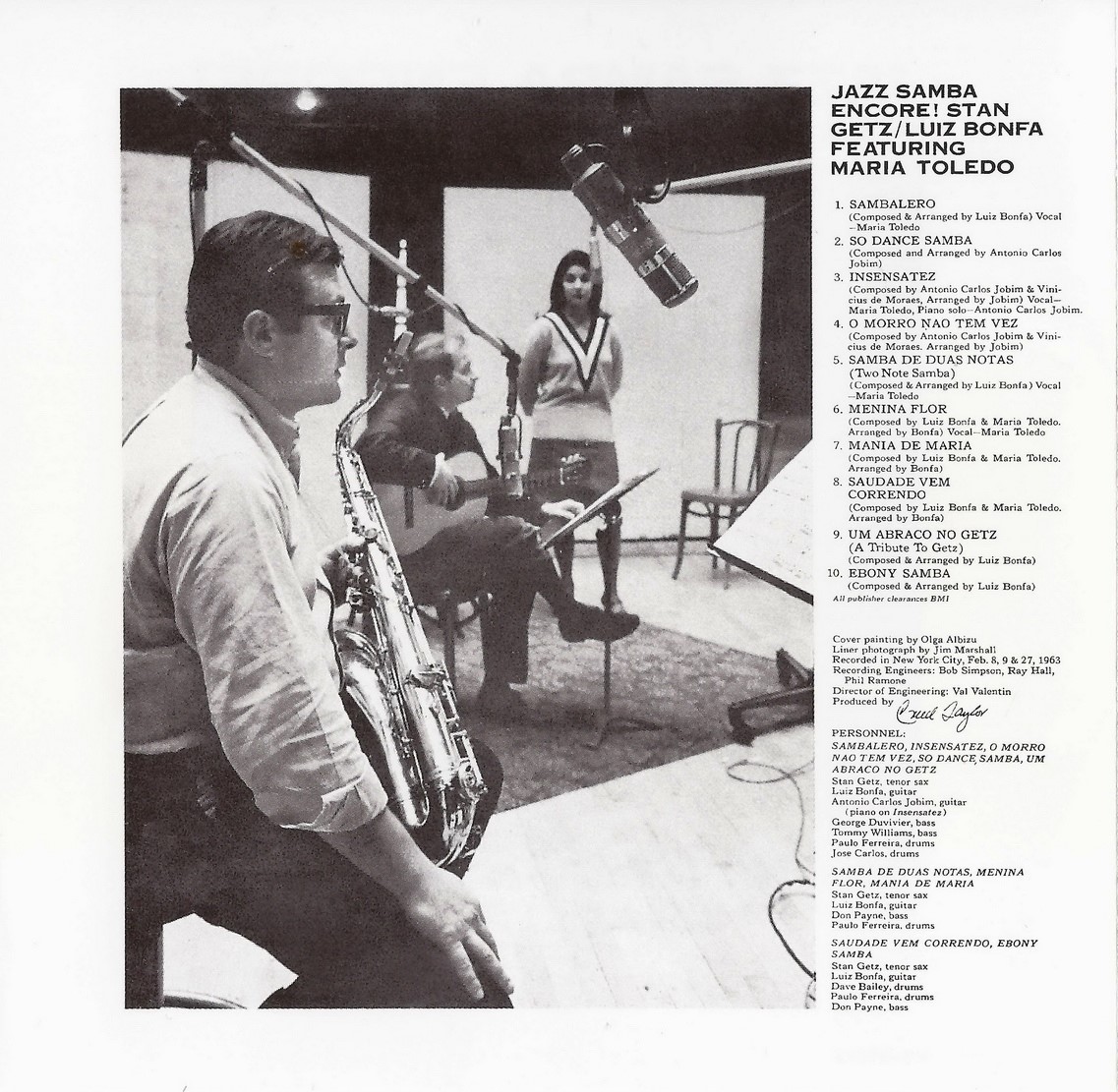