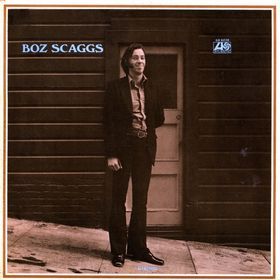 This original pressing has two excellent sides, which is two more than the typical cardboardy, flat, thin, lifeless copy has. If you like your music dry and clean, try the remixed version, the CD, or perhaps there is a heavy vinyl version out there (at one-tenth the price). That’s not our sound here at Better Records. The best recordings from the era do not have that sound, so when we find that kind of analog richness, sweetness and naturalness on a pressing such as this, we know the record is right.

The nearly 13-minute long version of Loan Me A Dime on side two is out of this world and the best reason to play the album. Another good reason: Duane “Skydog” Allman on guitar!

What to Listen For — Background Singers You Can “See”

If you have multiple copies of the album and want to shoot them out, here’s an easy test. Listen for how clear and correct the female background singers sound. This is an excellent test because it will hold true for both sides on the album.

What are the criteria by which a record like this should be judged? Pretty much the ones we discuss in most of our Hot Stamper listings: energy, vocal presence, frequency extension (on both ends), transparency, harmonic textures (freedom from smear is key), rhythmic drive, tonal correctness, fullness, richness, and so on down through the list.

The Atlantic album eventually went out of print and in 1977, it was completely remixed and reissued on Atlantic 19166. This remix brought out Duane Allman’s guitar in a more up-front way, which changed the original mix, drowning backing voices and keyboards. This remix is the version that’s currently available on CD.

I’m Easy
I’ll Be Long Gone
Another Day (Another Letter)
Now You’re Gone
Finding Her
Look What I Got!

Waiting for a Train
Loan Me a Dime
Sweet Release

Departing from the Steve Miller Band after a two-album stint, Boz Scaggs found himself on his own but not without support. Rolling Stone publisher Jann Wenner, his friend, helped him sign with Atlantic Records and the label had him set up shop in Muscle Shoals, recording his debut album with that legendary set of studio musicians, known for their down-and-dirty backing work for Aretha Franklin and Wilson Pickett, among many other Southern soul legends.

The Muscle Shoals rhythm section, occasionally augmented by guitarist Duane Allman, gives this music genuine grit, but this isn’t necessarily a straight-up blue-eyed soul record, even if the opening “I’m Easy” and “I’ll Be Long Gone” are certainly as deeply soulful as anything cut at Muscle Shoals.

Even at this early stage Scaggs wasn’t content to stay in one place, and he crafted a kind of Americana fantasia here, also dabbling in country and blues along with the soul and R&B that grounds this record. If the country shuffle “Now You’re Gone” sounds just slightly a shade bit too vaudeville for its own good, it only stands out because the rest of the record is pitch-perfect, from the Jimmie Rodgers cover “Waiting for a Train” and the folky “Look What I Got!” to the extended 11-minute blues workout “Loan Me a Dime,” which functions as much as a showcase for a blazing Duane Allman as it does for Boz.

But even with that show-stealing turn, and even with the Muscle Shoals musicians giving this album its muscle and part of its soul, this album is still thoroughly a showcase for Boz Scaggs’ musical vision, which even at this stage is wide and deep. It would grow smoother and more assured over the years, but the slight bit of raggedness suits the funky, down-home performances and helps make this not only a great debut, but also an enduring blue-eyed soul masterpiece.