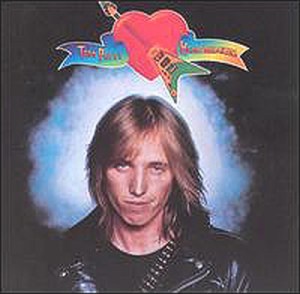 This is the classic first album, with two of their best songs: Breakdown and American Girl. It’s straight ahead rock and roll, with sonics to match. This is not purely an audiophile album. But when you find a copy with Hot Stampers, the elements start to work together, and the good far outweighs the bad. If somebody tried to EQ this album differently, they’d probably end up taking away some of the Raw Rock Energy.

This vintage Shelter pressing has the kind of Tubey Magical Midrange that modern records can barely BEGIN to reproduce. Folks, that sound is gone and it sure isn’t showing signs of coming back. If you love hearing INTO a recording, actually being able to “see” the performers, and feeling as if you are sitting in the studio with the band, this is the record for you. It’s what vintage all analog recordings are known for — this sound.

What We’re Listening For on Tom Petty and the Heartbreakers

Rockin’ Around (With You)
Breakdown
Hometown Blues
The Wild One, Forever
Anything That’s Rock ‘N’ Roll

At the time Tom Petty & the Heartbreakers’ debut was released in 1976, they were fresh enough to almost be considered punk. They weren’t as reckless or visionary as the Ramones, but they shared a similar love for pure ’60s rock and, for the Heartbreakers, that meant embracing the Byrds as much as the Stones. And that’s pretty much what this album is — tuneful jangle balanced by a tough garage swagger.

At times, the attitude and the sound override the songwriting, but that’s alright, since the slight songs (“Anything That’s Rock ‘N’ Roll,” to pick a random example) are still infused with spirit and an appealing surface. Petty & the Heartbreakers feel underground on this album, at least to the extent that power pop was underground in 1976… the highlights — “Rockin’ Around (With You),” “Hometown Blues,” “The Wild One, Forever,” the AOR staples “Breakdown” and “American Girl” — still illustrate how refreshing Petty & the Heartbreakers sounded in 1976.