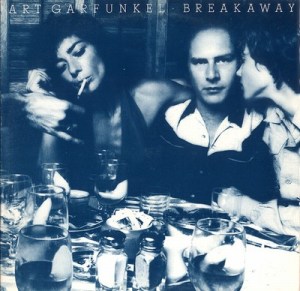 The problem with this album is that, for whatever reason, practically every copy you find is to some degree grainy, harsh and shrill in the loudest passages of the music. When the music gets loud, the sound often becomes strained and unpleasant. A copy like this one that doesn’t do that is the exception, not the rule.

Which is the main reason I’ve never understood what qualified this record to be on the TAS Super Disc list. Now, having heard the best of the best copies sounding so big, rich and tubey, I can certainly say I hear what impressed HP (he likes that sound, as do we). It may indeed be a very well recorded album, but it clearly falls short for our own Rock and Pop Top 100 List. As you know we play a lot of amazing albums around here.

The late Harry Pearson knew little about popular music and seems to have been quite a bit more impressed by this album than those of us who play pop and rock albums by the boatload.

Most of the pop albums on his Super Disc TAS list are a joke. Only the people who listen almost exclusively to classical or jazz seem to take them seriously, in my experience anyway. (Check out the 12″ pop and dance singles for a good laugh.)

That said, there are some wonderful songs on this album. Check out Break Away or 99 Miles From L.A. for some very good sounding, very well produced adult pop music. The version of Jobim’s Waters of March here is another high point.

What We’re Listening For on Breakaway

My Little Town
I Only Have Eyes for You
Lookin’ for the Right One
99 Miles from L.A.
The Same Old Tears on a New Background

The second time around, Art Garfunkel turned to pop producer Richard Perry, who liked to record in studios rather than cathedrals and who replaced the angelic style of the first album with a lush pop approach. The result was Garfunkel’s best-selling album. The title track and a cover of “I Only Have Eyes for You” reached the Top 40 (the latter topped the U.K. charts), though the most prominent song was the Simon & Garfunkel reunion single “My Little Town.”