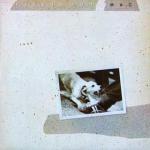 Drop the needle on Beautiful Child for some of the best Fleetwood Mac sound you’ll ever hear anywhere. Stevie’s voice is breathy beyond belief.

This is one of the more controversial albums in the history of pop music — some people love it, others despise it, and some still don’t know what to make of it. You may not put it up there with Rumours, but when you hear these songs on a copy this good it’s easy to see why the All Music Guide gave Tusk five big stars!

Tusk suffered from high expectations, and disappointed those looking for Rumours II. There is much on this album that compares to the best of Rumours but the weak material somewhat drags the album down as a whole. About three quarters of Tusk is excellent. I made a 60 minute tape of that material and play it with great pleasure. I could tell you about lots of wonderful qualities the best tracks on the album have, but it would take too long. Sorry!

Sonically, the best sounding material ranks right up there with anything the band ever did, but there are more experimental moments such as What Makes You Think You’re The One that are never going to be Demo Quality.

One high point (both musically and sonically) is “Beautiful Child,” possibly the best song Stevie Nicks ever sang. If you listen carefully, and give yourself over totally to the sentiment of the song, and your eyes don’t well up, try opening up a vein and letting some of the ice water pour out, then try it again. Repeat if necessary. If that doesn’t work just give up and put on a Diana Krall CD.

Where Rumours achieved greatness through turmoil, its double-album follow-up, Tusk, is the sound of a band imploding. Lindsey Buckingham began to assume control of Fleetwood Mac during the Rumours sessions, but he dominates Tusk, turning the album into a paranoid roller coaster ride where sweet soft rock is offset by feverish cocaine fantasies.

Christine McVie and Stevie Nicks don’t deviate from their established soft rock and folk-rock templates, and all their songs are first-rate, whether it’s McVie’s “Over and Over” or Nicks’ “Sara.” Buckingham gives these mainstream-oriented songs off-kilter arrangements so they can fit neatly with his nervy, insular yet catchy songs.

Alternating bracing pop/rockers like “The Ledge” and “What Makes You Think You’re the One” with melancholic, Beach Boys-style ballads like “Save Me a Place” and “That’s All for Everyone,” Buckingham subverts pop/rock with weird arrangements and unpredictable melodies, which are nevertheless given accessible productions. Even the hit title track is a strange, menacing threat punctuated by a marching band.

This is as strange as mainstream pop gets, even pushing on the borders of the avant-garde. Because of its ambitions, Tusk failed to replicate the success of its two predecessors (it still went double platinum, though), yet it earned a dedicated cult audience of fans of twisted, melodic pop.