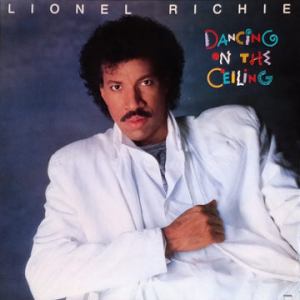 CONDITION NOTE: *A stitch at the beginning of track one plays nine times at a moderate level.

This vintage Motown pressing has the kind of Tubey Magical Midrange that modern records barely BEGIN to reproduce. Folks, that sound is gone and it sure isn’t showing signs of coming back.

If you love hearing INTO a recording, actually being able to “see” the performers, and feeling as if you are sitting in the studio with Lionel and the band, this is the record for you. It’s what vintage all analog recordings are known for — this sound.

What the best sides of Dancing On The Ceiling have to offer is not hard to hear:

What We’re Listening For on Dancing On The Ceiling

Deep River Woman
Love Will Conquer All
Tonight Will Be Alright
Say You, Say Me

Lionel Richie wasn’t necessarily emboldened by the success of Can’t Slow Down — after all, he had experienced huge success since the Commodores — but there is nevertheless a sense of swagger on its 1986 successor, Dancing on the Ceiling.

…He adds a bit more dance to this album, and while the grooves are funkier than anything since the Commodores… Dancing on the Ceiling is a solid, enjoyable affair…