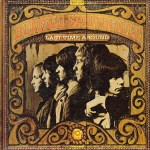 Not long ago we found a White Hot Stamper pressing of Last Time Around that really blew our minds. We were surprised to hear some of the breathiest, silkiest vocals we’ve ever heard on ANY Buffalo Springfield album, with startling presence and immediacy to boot! Side two had BY FAR the most energy and life of any side of any copy we’ve ever played. Man, does it ROCK.

Even as recently as 2010 we would not have expected to find that kind of sound on a vintage ’60s pop/rock album. We know better now.

When you get hold of the right copy and know how to clean it and play it right, these vintage pressings (well, the White Hot ones anyway) are a damn sight better than the vast majority of audiophiles think they are. How is such apparently never-before-possible sound being heard now, 45 years after the record came out? Our answer can be found below.

The kind of MIDRANGE MAGIC found on this pressing let us hear into the music in a way we (and you too I’m guessing) never imagined was possible.

Most copies have no bass, no real top, and are compressed so badly they sound more like cardboard than vinyl. But not this copy — it breaks the mold, revealing to the world (well, our world anyway, the world at Better Records) that those badly recorded Buffalo Springfield records from the ’60s weren’t so badly recorded after all.

It Only Takes One

Badly mastered, badly pressed, yes, we can all agree on that.

But all it takes is an amazing sounding copy like this one to disprove the theory that these are bad recordings — an inconvenient truth shall we call it? — and we found more than one. The proposition that this band’s records can’t sound good has officially and definitively been falsified.

The sound is rich and full, with plenty of Tubey Magic, a quality which is essential to the reproduction of the voices and guitars. There’s a balance here to be sure. If your system is already overstocked in that area, it may be a bit much. We try to keep an even keel here at Better Records, with our EAR 324 Phono Stage retaining 90% of the sound of tubes, while giving us the resolution, dynamics, speed and bass control that transistors are famous for. The blend of the two in one piece of gear is really quite remarkable. (For five grand plus it ought to be.)

Another reason we felt confident doing a famously compromised-at-the-extremes record such as this is that we have the benefit of the Townshend Maximum Super Tweeters, the latest Seismic Sink (spring loaded, a big step up from the earlier air bladder models), the latest TTWeights carbon fiber platter mat (which you can only buy directly from them, email us for a recommendation), and a much livelier listening room in which to hear them all working together.

The sound is dramatically better from top to bottom than it was even a year ago.

This recording has never been blessed with the kind of top end extension that’s common to recordings from the ’70s. (Hell, The Beatles managed to put plenty of highs on Sgt. Pepper in 1967, but that’s Geoff Emerick, not exactly your run-of-the-mill engineer.) So getting every last bit of air and harmonic extension that the tape had to offer was crucial to our success this time around.

Sometimes You Get What You Pay For

To paraphrase our listing for Buffalo Springfield Again:

Another record saved by Walker Enzymes, the Odyssey rcm, high-resolution, super-low-distortion equipment and all the rest! This album, like all of Buffalo Springfield’s recordings, has always been a tough nut to crack.

So many copies of Again sound so bad and play so noisily that most audiophile record lovers probably had written the album off many years ago as a lost cause. (Before about 2005 I was as guilty as anyone in this regard.)

Extracting all the midrange magic from a legendary album and Desert Island Disc like this should be the goal of every right-thinking audiophile. Who cares what’s on the TAS Super Disc List? I want to play the music that I love, not because it sounds good, but because I love it.

And if the only way to find good sounding clean copies of typically poorly-mastered, beat-to-death records like this is to go through a big pile of them, well then, I guess that’s what we will have to do.

Not all is good news of course. There’s a bit too much Tubey Magic in the bass, I’m sorry to report. Tubbiness and bloat were heard on even the best copies. This may explain why so many copies have rolled off bass; the engineer cut it because he heard how tubby it was and figured no bass is better than bad bass.

Which of course is not true. Cutting the bass leans out and “modernizes” the sound, making the voices sound thin and dry. This pretty much ruins everything on this album just the way it ruins everything in practically every modern recording I hear. Having your bass under control on the playback side isn’t easy — in fact it’s probably the hardest thing to achieve in audio — but it can be done, and with good bass control the slightly wooly bass is just part of the sound you learn to accept. It doesn’t actually interfere much with your enjoyment of the music, mostly because all the other instruments and voices sounds so magical.

Pay particular attention to the huge amount of space around Neil’s vocal on I Am A Child, as well as how clear and present it is. That’s what a Triple Plus copy gives you. No other copy got his voice to sound like that!

Listen also especially to the vocal harmonies — you can separate out all the parts much more clearly on the best Hot Stamper pressings. Recognizing in the harmonies and choruses who’s in there and what part they are playing is a thrill you can’t get without a properly-cleaned top quality pressing and a stereo that takes advantage of the last ten years worth of Revolutions in Audio.

If you have not been keeping up with these changes, your old Buffalo Springfield records will probably sound pretty much the way they always have, and who in his right mind wants that?