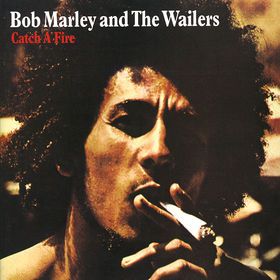 AN AMAZING A++ TO A+++ SIDE ONE backed with a very good side two! This is one of the best Bob Marley and the Wailers albums, and you’re going to have a hard time finding better sound for it than what you get on this Super Hot Stamper side one. Clean and clear, open and transparent, with tight, solid bass and plenty of richness and fullness, this is just the kind of sound this music demands!

We recently undertook a big shootout for this album and were quite pleased with the sound of this copy, especially in relation to all the mediocre copies that hit our table that day.

We don’t find killer Bob Marley pressings very often, so you shouldn’t let this one get by you if you want to hear the King of Reggae sound amazing!

A++ to A+++, with the kind of punchy, full-bodied sound we love around here! The drums and percussion sound excellent here, and the bass is strong and solid. This kind of openness and transparency isn’t easy to come by, and when you combine those with rich, full tonality you have a rare pressing indeed!

A+, with good weight down low and some nice clarity and transparency up top. It may not have all the energy of the best, but it’s certainly a step up from most!

Lively Up Yourself
No Woman, No Cry
Them Belly Full (But We Hungry)
Rebel Music (3 O’Clock Roadblock)

Natty Dread is Bob Marley’s finest album, the ultimate reggae recording of all time. This was Marley’s first album without former bandmates Peter Tosh and Bunny Livingston, and the first released as Bob Marley & the Wailers. The Wailers’ rhythm section of bassist Aston “Family Man” Barrett and drummer Carlton “Carlie” Barrett remained in place and even contributed to the songwriting, while Marley added a female vocal trio, the I-Threes (which included his wife Rita Marley), and additional instrumentation to flesh out the sound. The material presented here defines what reggae was originally all about, with political and social commentary mixed with religious paeans to Jah. The celebratory “Lively Up Yourself” falls in the same vein as “Get Up, Stand Up” from Burnin’. “No Woman, No Cry” is one of the band’s best-known ballads. “Them Belly Full (But We Hungry)” is a powerful warning that “a hungry mob is an angry mob.” “Rebel Music (3 O’Clock Road Block)” and “Revolution” continue in that spirit, as Marley assumes the mantle of prophet abandoned by ’60s forebears like Bob Dylan. In addition to the lyrical strengths, the music itself is full of emotion and playfulness, with the players locked into a solid groove on each number. Considering that popular rock music was entering the somnambulant disco era as Natty Dread was released, the lyrical and musical potency is especially striking. Marley was taking on discrimination, greed, poverty, and hopelessness while simultaneously rallying the troops as no other musical performer was attempting to do in the mid-’70s.