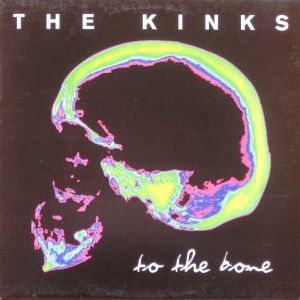 This original Konk pressing has the kind of Tubey Magical Midrange that modern records rarely even BEGIN to reproduce. Folks, that sound is gone and it sure isn’t showing signs of coming back. If you love hearing INTO a recording, actually being able to “see” the performers, and feeling as if you are listening live to the band, this is the record for you. It’s what vintage all analog recordings are known for — this sound.

What the best sides of To The Bone have to offer is not hard to hear:

What We’re Listening For on To The Bone

… the bandmembers financed their acoustic greatest-hits record To the Bone themselves, releasing it on the U.K. independent label Grapevine. Naturally, Ray Davies’ songs work well in such a stripped-back setting… featuring a lovely version of “Waterloo Sunset,” possibly the most beautiful song of the rock & roll era.