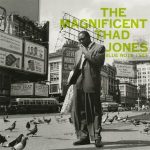 Who can find the time to play a mediocrity such as this. And who needs the bother of flipping it over three times for less than ten minutes a side?

If you like CD sound, buy the CD. It will play all the way through and it costs a whole lot less money than this crap vinyl pressing.

This was by far the biggest problem with the sound. The bass is really boosted. It constantly calls attention to itself. It is the kind of sloppy, droning upper-bass that cannot be found on any RVG recording, none that I have ever heard anyway, and I’ve heard them by the hundreds.

The album’s best quality.  CDs can have good space, so why shouldn’t this CD-like record have some of that quality?

Not the sound of the horns that RVG is famous for.  Somebody screwed them up in the mastering.

What else could it be?

Wears out its welcome.

Between the boosted bass and the dry horns, the sound of these remastered audiophile discs gets old fast.

If you have an Old School Vintage Tube system with heavy tube colorations, you have the ideal system to get this record to sound better than it is, and better than I ever will get it to sound.  As I have said many times on the site, a system like the one I owned in the ’70s (Audio Research) and again in the ’90s (McIntosh) would put me out of business today.

I need to know what is on the records I play, warts and all, not the euphonic colorations my stereo equipment wants me to hear.

Space, yes, but not much air. Practically all the Heavy Vinyl records we play have no real extension on the top end. You can adjust your VTA until you’re blue in the face, it’s just not something these discs reproduce well.

Think twice before spending your money on the work of any of the people responsible for this awful record, assuming you want good sound. 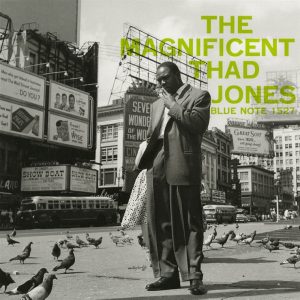