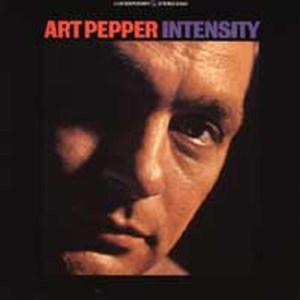 Pepper’s sax gets seriously LOUD in some passages. This is very much a good thing. Not only is he totally committed to the music, but the engineers are getting that energy onto the record so that we at home can feel the moment to moment raw power of his expression. (Pepper was famous for saying that his playing is best when he just plays whatever he feels in the moment, and this record is the best kind of evidence for the truth of that statement.)

Of course, since this is a Roy Dunann recording, all the tubey magical richness and sweetness are here as well, but what is surprising is how transparent, spacious and clear the sound is. Some of Roy’s recordings can sound a bit dead (recording in your stockroom is not always the best for spaciousness) and sometimes are a bit thick as well. Not so here. But it should be pointed out that we liked what we heard from a previous shootout too.

“This record has superb sound: you can actually hear the keys clacking on the man’s alto. And that sort of detail does not come at the expense of phony brightness as it would with your typical audiophile recording. The tonality of the sax, drums, and bass are right on the money, exactly the way we expect Roy DuNann’s recording to be.”

Both sides here were among the VERY BEST we have heard for this album. It was a thrill to hear that kind of MASTER TAPE SOUND for a classic Pepper session. By the time this LP was released Pepper was serving a long prison sentence due to his addiction to heroin.

What We’re Listening For on Intensity

Intensity was the final album of altoist Art Pepper’s early period and was released when he was already serving a long prison sentence due to his addiction to heroin. Assisted by pianist Dolo Coker, bassist Jimmy Bond, and drummer Frank Butler, Pepper was just starting to show the influence of John Coltrane and Ornette Coleman in his style, freeing up his playing and displaying a greater intensity during his improvisations.

Ironically, Pepper sticks to swinging standards such as “I Can’t Believe That You’re in Love with Me,” “Gone with the Wind,” and “I Wished on the Moon” as points of departure on this interesting and largely enjoyable set. Excluding a 1973 recording with Mike Vax’s big band, it would be 15 years before Art Pepper led another record date in the studios.