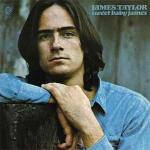 This was one of the most massive shootouts in Better Records history. We started out with SIXTY SEVEN copies. After weeding out the copies with obvious condition problems and known second-rate stampers, we were left with three dozen copies to audition.

We battled through condition problems, bad stereo days, and listener fatigue to end up with a select number of exceptional copies. It’s a extremely taxing project, and that’s why these are just the second round of SBJ Hot Stampers to EVER hit our site.

This is the real thing, folks — both sides are warm, rich, full-bodied, and as sweet as candy. The resolution is unusually high, allowing you to hear all the texture of the various instruments. This copy is also exceptionally transparent — you can easily pick out any of the musicians and follow their playing over the course of a song. There’s real depth to the soundfield, and the vocals are about as clean and clear as we’ve ever heard them. The piano has real weight, as does the bottom end. The immediacy and presence are OFF THE CHARTS. Side one merits an A++, and side two earns an extra half a plus with even more richness and warmth.

Distortions that are common to the other good original pressings simply don’t seem to be much of a problem here. This is especially true in the case of sibilance, which is a major problem on some of the tracks on Sweet Baby James as noted in the Track Commentary below. No copies won’t have some spit, but this one has the least, a clear sign that the cutter head was doing a bang up job. (The opposite is of course true for Mobile Fidelity records, which tend to be quite spitty, an indication that their cutting system was not what it should have been.)