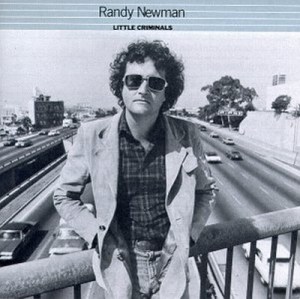 TWO STUNNING A+++ SIDES, making this by far the best copy to ever hit our site! We recently finished our second-ever shootout for Little Criminals and it was a blast. We’ve only found out recently just how good the best sounding pressings of Randy Newman’s records can sound, and we were quite pleased with how rich, full and dynamic the Hot Stampers of this album are.

This album features the big hit “Short People” as well as a number of other great songs, including “Baltimore” which, as far as we’re concerned, is one of the best songs Newman ever wrote.

Both sides here absolutely knocked us out — nothing else in our shootout came close! The soundstage is super open and three-dimensional, the vocals and piano are full and present, and there’s absolutely no trace of thinness or edge.

This was Newman’s first commercially successful album and they stamped out a ton of them. The average copy is thin, dry, and stuck in the speakers — what a shame. Play enough of them, though, and eventually you might find a copy like this one, with wonderfully analog rich and full-bodied sound and the kind of presence that carries the music out of the speakers.

… Newman cut Little Criminals with a handful of pop-friendly session musicians and L.A. Mellow Mafia regulars (including most of the Eagles), and his arch, cutting satire gave way to a lighter but less thoughtful tone, with the humor becoming less mean-spirited (though becoming much more venomous than “Rednecks” might have been difficult). Newman even revisited one of his favorite themes, the pointlessness of racial prejudice, with a metaphor so silly no one could fail to understand it. Or at least that’s what he thought when he wrote “Short People”; the song unexpectedly took off as a novelty hit, and the vertically challenged across the country began attacking Newman for what they saw as an affront to their dignity and well-being. As a result, Little Criminals became Newman’s first (and only) gold album in the United States.