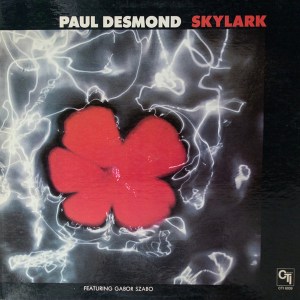 An A+++ side one backed with an A+ to A++ side two, both on quiet vinyl! We just finished our first big shootout for this fun album that features Gabor Szabo on guitar and this was one of the best copies we heard, especially on the first side where nothing else could compare.

Side one has got that CTI magic that you only get on their very best pressings. The sound is lively, full-bodied and tonally correct from top to bottom. It’s also very open and transparent, giving you lots of space between the various instruments. The top end is Right On The Money — listen to how natural and correct the ride cymbal sounds on the opening number. Most copies we played had a tendency to sound recessed and reserved, but this one has the kind of presence and energy that this music needs to sound ALIVE.

Side two was very good and a step up from most of the other copies. It’s got good energy and transparency but could use some of the top end extension that made side one so good. Still, it was impressive enough to rate between A+ and A++.

If you want to hear two underrated jazzmen doing some very interesting stuff, this White Hot copy of this Paul Desmond / Gabor Szabo collaboration is a good way to go!

Was a Sunny Day
Music for a While
Skylark

For the first and only time, even taking into account the most inspired moments of Jim Hall, Desmond is not the most interesting soloist on his own record, for it is Szabo who most consistently draws you in with his mesmerizing incantations over vamps from the rhythm section. For those who missed it the first time, Desmond remakes “Take Ten” — without the Middle Eastern elements — “Romance de Amor” is eventually dominated by Szabo, and the inclusion of “Was a Sunny Day” proves that Desmond’s involvement with the music of Paul Simon in 1970 was not a passing infatuation.