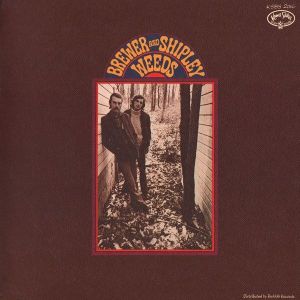 It took two copies on two different labels to give you BETTER than Triple Plus (A+++) sound on the two sides of this 2-pack. These sides were beyond anything we had ever heard, with weight and Tubey Magic to put other records to shame. On the best copies the midrange is amazingly relaxed and natural, yet completely clear and present. This Bay Area Hippie Folk Rock has much in common with classic albums like Workingman’s Dead and CSN’s first.

Simple: in our shootout no Robert Ludwig mastered side one on the original label sounded remotely as good as it did on the best pressings with the later label.

If you want the absolute best sound, this is the only way we can get it for you in 2017.

Please note: we award the Four Plus grade so rarely that we don’t even have a graphic for it to use in the grading scale shown above. The two sides here show up on the chart as A+++, but when you hear this copy you will know why we gave them a fourth plus!

Our Four Plus (A++++) grade is strictly limited to pressings (really, individual sides of pressings) that take the recording to a level never experienced by us before, a level we had no idea even existed. We estimate that less than one per cent of the Hot Stamper pressings we come across in our shootouts earn this grade. You can’t get much more rare than that.

Like the two albums referenced above (Workingman’s Dead and CSN’s first), Weeds lives or dies by the reproduction of its acoustic guitars and vocal harmonies.

Analog richness, sweetness and Tubey Magic are absolutely indispensable elements in the sound of these recordings. Without them you might as well be playing a CD. (Some of the worst pressings actually did sound like CDs in our shootout and quickly got tossed in the Trade In pile. Who wants a record that sounds like a CD? They may be pressed on vinyl but they’re no less an embarrassment to analog for it.)

The best pressings, on the other hand, have all the elements that make the analog medium so enjoyable, with sound that is smooth, sweet, relaxed and involving.

Rich and sweet as any we heard, with exceptionally big bass which stays under control (unlike some copies which had a bad case of wooly bass).

The Tubey Magic on these sides is off the charts. The rich, full-bodied vocals are these side’s strong suit.

Our first shootout for Weeds took place in 2012, so this current listening session has clearly been a long time coming. There are two reasons for this, reasons that every record guy and gal can relate to: bad sound and bad surfaces.

Most copies of Weeds are scratched and beat, the kind of condition that is simply a non-starter for us here at Better Records. Most other copies of the album are a bit noisy. Even the few that have survived being played by the average pot-smoking music lover of the day (which is to say the average music lover), records that betray no obvious signs of abuse, tend to be pressed on vinyl that leaves much to be desired.

Kama Sutra/ Buddah Records, home to The Lovin’ Spoonful, was never going to be mistaken for a major label. It was a tiny independent just trying to survive from year to year. Audiophile pressing quality was not ever going to be in the budget.

Even though all the pressings that have any hope of sounding good are the ones mastered by Robert Ludwig, they still have a tendency to be a bit dull, lacking in extreme top end, thicker and more opaque than one might wish. The recording itself is natural and smooth, so most of the copies we played were found wanting in the areas of harmonics, space and clarity.

The best copies have those missing highs (or most of them) and provide the transparency and clarity to hear all the guitar and vocal harmonics, surrounded by the large acoustic of the studio.

The sound on those killer copies is wonderfully silky and sweet, with absolutely no trace of phoniness to be found. If you have the kind of high resolution system that can pull out the information in these grooves, you are in for a real treat.

Two years before their hit “One Toke Over the Line,” Brewer and Shipley released an excellent folk album entitled Weeds, produced by the redoubtable Nick Gravenites… Weeds is an often forgotten folk album of fine distinction.

The album was a moderate success, with the final track, “Witchi-Tai-To”, in particular receiving a lot of FM radio play. This exposure created a loyal underground following for the duo and set the stage for the commercial breakthrough they would enjoy with their next album release.