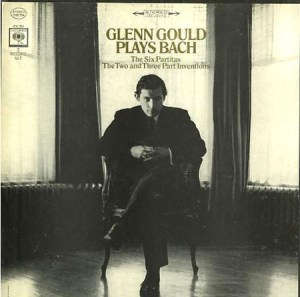 This 3 LP set on the early White Arrows 360 Label has three sides that earned sonic grades of Super Hot or better, with two sides being White Hot and pretty darn amazing for an old Columbia pressing (Columbia being an egregiously bad label when it comes to the sound of their classical records).

This set is highly regarded in classical circles and does not sit in the used record bins for cheap, even in reissue form, which limits our ability to find them and try them. On top of that there are six sides to play for every copy, so if is very unlikely we will be able to find a better copy for you down the road than this one anytime soon. The surfaces are about Mint Minus Minus, not bad for a solo piano record but not exactly quiet either.

The grades are all over the map on this set. Here’s how they break down.

A+++, superb, we thought we were off to a good start, and in some ways we were. This one is Hard To Fault (HTF) — the room is big, the piano is clear with zero smear, with good weight, and the overall sound is high-rez enough to hear Glenn humming along as he plays. Superb we say!

A+, not nearly as good, with the kind of smear and opacity that was not to be found on the first side. Still, tonally correct and musical.

A+++, White Hot again. The piano is huge here, clear and surrounded by so much studio space the speakers seem to disappear.

A+, more smear but still huge.

A++, not quite up there with the best sides, this one is still big and rich with a nice top, but a little smear holds it back.

NG — the worse side by far, earning No Grade. Gritty, hard, honky and distorted. Bad even by Columbia standards.

Columbia classical recordings have a tendency to be shrill, upper-midrangy, glary and hard sounding. The upper mids are usually nasally and pinched; the strings and brass will screech and blare at you in the worst way. If Columbia’s goal was to drive the audiophile classical music lover screaming from the room, most of the time they succeeded brilliantly. Occasionally they fail. When they do we call those pressings Hot Stampers.

This recording, which has never been out of print in the 50 years since its first release, established Gould as a performer who combined penetrating insight (his Goldberg Variations was nothing short of a complete rethinking of the piece) and artistic daring with daunting technical prowess.

Partita No.1 in B-Flat Major
Partita No. 3 in A Minor

Partita No. 6 in E Minor

Partita No. 4 in D Major

The Two and Three Part Inventions (Inventions and Sinfonias)

The Two and Three Part Inventions (Inventions and Sinfonias)