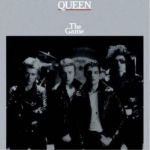 More records that often display Side to Side Differences

Even the good side ones tended to have a trace of harmonic distortion and compression that is simply nowhere to be found on the good side twos. How and why this is we have no idea. Since every copy had the same sonic issues, we discounted it in our grading. Only the better copies bring the hits on side one to life and give them the size and power we know they can have.

One of the qualities we don’t talk about nearly enough on the site is the SIZE of the record’s presentation. So many copies of this album just sound small, or at least smaller — they don’t extend all the way to the outside edges of the speakers, and they don’t seem to take up all the space from the floor to the ceiling. Other copies do. They create a huge soundfield from which the instruments and voices positively jump out of the speakers. When you hear a copy that can do that, needless to say (to anyone on this site), it’s an entirely different listening experience.

The Game is clearly one of the two best sounding records Queen ever made. The Dirty Little Secret of Queen’s recorded output is that most of their albums have mediocre sound, and often they’re downright dreadful.

Do you see a lot of Queen albums going up on the site? The demand is there, but where is the supply?

There’s a good reason for their scarcity as Hot Stampers. As much as people might love to hear some top quality pressing of Queen on vinyl, we just can’t seem to find many that do their brand of multi-layered Big Production Rock justice.

Take A Night at the Opera for example. Isn’t it supposed to be a good sounding record? I’ve played twenty of them over the last ten years — imports, domestics, the DCC, the MoFi – and practically none of them sounding as good as I was expecting. If you think the album is well recorded, don’t just rely on your memory. Pull out your own copy and listen to it closely; you should hear the same distortion and smearing and transistory grain that’s on all the copies I’ve played.

Hope springs eternal, and of course we will keep looking, but for now the Queen titles we know to have the potential to sound good are pretty much limited to A Day at the Races, News of the World and The Game.

But The Game ROCKS. It’s everything we want in a good Queen record. Credit must of course go to their engineer, a fellow who goes by the name of Mack. This is his first album for Queen and he really nailed it. Mack also worked with Electric Light Orchestra and those are some wonderful sounding Big Production Rock recordings. We’re big speaker guys here at Better Records and we love the Big Sound. (Wish we could find more clean, top quality copies of ELO’s albums. With few exceptions most of their titles are hard to come by. You don’t see many on our site for precisely the same reasons that you don’t see much Queen on our site.)

No need for Brit vinyl on The Game, thank goodness. This domestic pressing has the sound of a Master Tape, no doubt about it. The sound is superb throughout, not a claim we can make for many Queen records.

… the striking difference with this album is that it finds Queen turning decidedly, decisively pop, and it’s a grand, state-of-the-art circa 1980 pop album that still stands as one of the band’s most enjoyable records.

Queen began the 1980s with The Game. It featured the singles “Crazy Little Thing Called Love” and “Another One Bites the Dust”, both of which reached number one in the United States. The album stayed number one for four weeks in the United States, and sold over four million copies. It was also the only album to ever top the Billboard rock, dance, and R&B charts simultaneously.

The album also marked the first appearance of a synthesiser on a Queen album. Heretofore, their albums featured a distinctive “No Synthesisers were used on this Album” sleevenote. The note is widely assumed to reflect an anti-synth, pro-“hard”-rock stance by the band, but was later revealed by producer Roy Thomas Baker to be an attempt to clarify that those albums’ multi-layered solos were created with guitars, not synths, as record company executives kept assuming at the time.