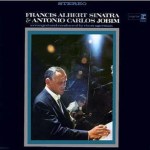 There is a richness, a sweetness and a relaxed naturalness on the best early pressings that are virtually never found on modern remasterings.

Mastered by Kevin Gray, this record has what we would call ”modern” sound, which is to say it’s clean and tonally correct, but it’s missing the analog qualities the better originals have plenty of.

Who can be bothered to play a record that has so few of the qualities audiophiles are looking for on vinyl? Back in 2007 we put the question this way: Why Own a Turntable if You’re Going to Play Mediocrities Like These?