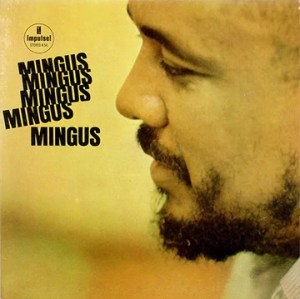 The sound is tonally correct, Tubey Magical and above all natural. The timbre of each and every instrument is right and it doesn’t take a pair of golden ears to hear it. So high-resolution too. If you love ’50s and ’60s jazz you cannot go wrong here.

This vintage Impulse Stereo pressing has the kind of Tubey Magical Midrange that modern records can barely BEGIN to reproduce. Folks, that sound is gone and it sure isn’t showing signs of coming back. If you love hearing INTO a recording, actually being able to “see” the performers, and feeling as if you are sitting in the studio with the band, this is the record for you. It’s what vintage all analog recordings are known for — this sound.

What We’re Listening For On Mingus Mingus…

Having completed what he (and many critics) regarded as his masterwork in The Black Saint and the Sinner Lady, Charles Mingus’ next sessions for Impulse found him looking back over a long and fruitful career. Mingus Mingus Mingus Mingus Mingus is sort of a “greatest hits revisited” record, as the bassist revamps or tinkers with some of his best-known works.

…The answer is that the 11-piece bands assembled here (slightly different for the two separate recording sessions) are among Mingus’ finest, featuring some of the key personnel (Eric Dolphy, pianist Jaki Byard) that would make up the legendary quintet/sextet with which Mingus toured Europe in 1964. And they simply burn, blasting through versions that equal and often surpass the originals — which is, of course, no small feat. This was Mingus’ last major statement for quite some time, and aside from a solo piano album and a series of live recordings from the 1964 tour, also his last album until 1970.

It closes out the most productive and significant chapter of his career, and one of the most fertile, inventive hot streaks of any composer in jazz history.