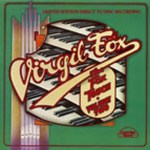 The best pressings, assuming one would do a shootout for them, might be expected to earn a sonic grade of B- or so.

Volume 1 is a TAS List record. But seeing as they were all recorded at the same time, this one might sound every bit as good. Then again, it might not.

By the way, did you know Stan Ricker cut this record live direct to disc? He did a great job too.