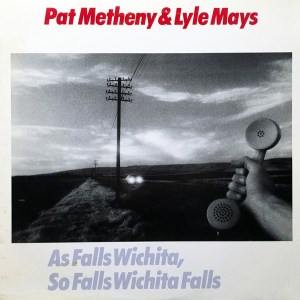 This superb pressing of Metheny’s ECM Chart-Topping release from 1981 shows you just how well recorded the album is. We don’t know how you feel about ECM recordings in general but we tend to think they are pretty lifeless and boring. Not so here!

We guarantee this copy has more CLARITY, ENERGY and DYNAMICS than any pressing of the album you have ever heard. Where is the muck? The blurry bottom end? The smear? All gone. And the bass is monstrous.

If you’re a fan of this album, this copy will show you what you’ve surely been missing all these years — the kind of sound that lets this music breathe.

This joint solo effort by Metheny and regular pianist and collaborator Lyle Mays is an impressive outing. In the process of stretching out away from the confines of the quartet setting of prior albums, Metheny and Mays presage the sleeker and more ethereal sound of the band’s Geffen years on portions of the title track…

Topped off by integral and tasteful percussion by future band regular Nana Vasconcelos, this 1981 Metheny date is certainly a worthwhile disc for fans to seek out…

Despite the common description of Metheny’s music as “fusion,” it was always his intention to create improvised music that had a greater emphasis on bringing out harmony than anything common to what was called “fusion” of the time.

Pastorius, with whom Metheny struck up a friendship while the two attended the University of Miami and later toured in Joni Mitchell’s backing band during her transition from her earlier folk rock compositions to those with more jazz influence, had at the same time explored melodic lines for his instrument within the melodies normally heard, rather than just providing a simple bassline, revolutionizing the way the bass guitar was viewed by the musical establishment. The two friends would talk into the late evening during the early 1970s and discuss the new possibilities their instruments held.

At the same time, Jaco and I were both really on a mission to find a way to play and find a way to present our instruments in an improvisational environment that expressed our dissatisfaction with the status quo at the time.

In 1977, bassist Mark Egan joined Metheny, Mays, and Gottlieb to form the Pat Metheny Group. They released the self-titled album “Pat Metheny Group” in 1978 on the ECM label, which featured several songs co-written by Metheny and Mays. The group’s second album, American Garage (1979), was a breakout hit, reaching #1 on the Billboard Jazz chart and crossing over to the pop charts as well, largely on the strength of the up-tempo opening track “(Cross the) Heartland” which would become a signature tune for the group. The group built upon its success with lengthy tours in the USA and Europe.

The group featured a unique sound, particularly due to Metheny’s Gibson ES-175 guitar coupled to two digital delay units and Mays’ Oberheim synthesizer and Yamaha Organ. The group played in a wide range of styles from experimental to grassroots music. Later on, Metheny began working with the Roland GR300 guitar synthesizer and a Synclavier System, while Mays expanded his setup with a Prophet 5 synthesizer designed by Sequential Circuits, and later with many other synthesizers.

[I believe the following was written by Metheny about his guitar idol, Wes Montgomery.]

Beyond his mastery as an instrumentalist, Wes was a carrier of the flame residing in each major player that has illuminated the essential jazz tradition. He was an embodiment of the forward-thinking improvising musician who looked with wisdom and curiosity into the heart of his own moment in time and played a music that commented upon the nature of that cultural moment through the prism that the sophistication of the form at it’s highest level mandates.

As he entered a more produced and arranged sonic environment (the results of which wound up showcasing some of his most lyrical and focused improvisations, critics of that direction and those subsequent Verve and A&M records be damned), his day-to-day life as a gigging musician continued most often in the piano, bass and drums quartet format that suited him well during this period.

Short of the signature sound of Miles Davis, and possibly later, bassist Jaco Pastorius, there has been no single instrumental voice that has emerged from the post-1950s era jazz world that has had more general and ongoing sonic impact on the culture at large than the guitar of Wes Montgomery. That sound is everywhere and has been for 40 years plus now. (The fact that Montgomery was willfully excluded from the recent PBS documentary about jazz by director Ken Burns ranks high on the list of that series’ many failings.)

Wes Montgomery did things with the instrument that fully and finally brought it to the forefront of jazz, a place that it has comfortably inhabited ever since. But for me, as important as Wes’ contributions were as a guitar player, it is the content of his ideas that demand his inclusion in the small pantheon of major players that have ultimately defined this music at its highest level.

Wes’ music always sounded great. This was a blessing and a curse to him in terms of critical perception; it sounded great to anyone, jazz fan or jazz novice. At the time, it is clear that there was already an understood aura of greatness around him. However, there is a notable quality that each Wes recording seems to retain-they just seem to be getting better as the years go by. 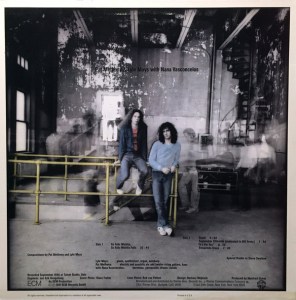 The reasons for this are many. There are so many glories to talk about in Wes’ playing. But my feeling is that as much as everyone talks about his penchant for playing phrases in octaves, using polyphony in his improvisations and the whole thing with the thumb, too little is said about the details of his phrasing or the amazing vocal quality that he could invoke at will. Not to mention the amazing quality of melodic development that seems to inhabit virtually every solo he ever played. That sense of finalizing ideas is so embedded in his art as to be almost unnoticeable as that rarest of gifts, which even the best players possess in small doses.

And yet, on an even higher plane, Wes could speak to anyone and everyone on all these different fronts, and more. My interest in him allows me to find these pieces that are of special importance and concern to me as a fan and as a player. There are no doubt thousands of other folks whose relationship to Wes’ music evokes an infinity of emotions and feelings that describe conditions far beyond my grasp that Wes himself might have recognized in ways unimaginable.