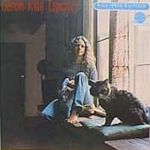 The CBS Half Speed is brighter and thinner than the good sounding pressings we sell — can you imagine a worse way to present this often intimate music?

I had a much darker and less revealing system in 1980 than I do now. Pretty much everybody had a system that suffered from those afflictions. I thought my system was a near-perfect State of the Art dreadnaught that did everything right. Obviously I didn’t know how much there was to learn.

And the reality is that no matter how hard I worked or how much money I spent, I would never be able to get very far so one simple reason: most of the revolutions in audio had not yet come to pass. It would be at least another thirty years of constant improvements until I would have anything like the system I do now.

Those Stone Age Stereos of the Seventies were better suited to the audiophile pressings being made to play on them, the ones put out by the likes of CBS and Mobile Fidelity. However, as bad as our stereos were back then, even in 1980 when this album came out I could hear it was too bright.

If my Mobile Fidelity records sounded fine to me in 1980, and they did, I was a huge fan and true believer, and this CBS record sounded too bright, I’m figuring it would ridiculously bright played back on my much more revealing stereo today.

What Are the Chances?

The chances of there being Hot Stamper Half-Speed Mastered pressings of Tapestry may be vanishingly small, but we can’t say the number is zero. There could be some, but considering how bad an idea Half-Speed Mastering is, would they have much chance of beating our Hot Stampers?

As a practical matter I would have to say the chances are zero.

If you are still buying modern pressings, take the advice of some of our customers and stop throwing your money away on Heavy Vinyl and Half-Speed Mastered Records.

Note that most of the entries are audiophile remasterings of one kind or another. The reason for this is simple: we’ve gone through the too-often unpleasant experience of comparing them head to head with our best Hot Stamper pressings.