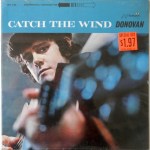 Reviews and Commentaries for the Music of Donovan

The sound when summed to mono is natural, with a correct top end. This is some of the best of the early, folky Donovan from 1965.

We were less than impressed with the sound of this electronically reprocessed album in stereo, but were very pleasantly surprised when we hit the mono button on our EAR phono stage. The weird, phasey top end disappeared almost completely on side two, and Donovan’s voice and guitar sounded pretty darn right to us by the second track (the first track on side two is a mess).

If you do not have a mono switch on your phono stage or preamp, this is probably not the right record for you. 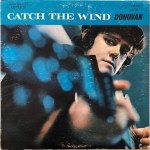 We see a few mono and stereo copies of the album in our travels about town but Donovan records from 1965 have a marked tendency to be scratched if not absolutely trashed.

Finding one that plays this quietly was completely unexpected. It might have been better in mono, but these days we have to be grateful for any early Donovan album on vinyl, especially one that sounds this good on side two.

Donovan’s folky 1965 recordings for Pye Records (they were released in the U.S. by Hickory Records) bear only a superficial resemblance to the more hip pop material he began issuing a year later when he switched to Epic Records. Some of his famous bejeweled sensibility is already apparent in these tracks, but for the most part this is Donovan as a straight folksinger, and he isn’t bad at it at all. His work from this period has been compared (usually unfavorably) to Bob Dylan, but the strongest influence at play in these songs is probably Bert Jansch, whose “Do You Hear Me Now” is covered here. In the end, the Pye tracks form a complete and distinct cycle in Donovan’s legacy, separate from — but not necessarily lesser than — his more ornate pop material.