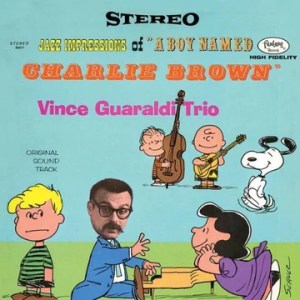 On both sides, but especially on this Shootout Winning side one, the sound was jumpin’ out of the speakers. There was not a trace of smear on the piano, which is unusual in our experience, although no one ever seems to talk about smeary pianos in the audiophile world (except for us of course).

If you have full-range speakers, some qualities you may recognize in the sound of the piano on this recording are WEIGHT and WARMTH. The piano is not hard, brittle or tinkly. Instead, the best copies show you a wonderfully full-bodied, warm, rich, smooth piano, one which sounds remarkably like the ones we’ve all heard countless times in piano bars and restaurants.

In other words like a real piano, not a recorded one. This is what we look for in a good piano recording. Bad mastering can ruin the sound, and often does, along with worn out stampers and bad vinyl and five gram needles that scrape off the high frequencies.

But a few copies survive all such hazards. (Too few, hence our prices.) They manage to reproduce the full spectrum sound of the piano (and of course the wonderful performances of the musicians) on vintage vinyl, showing us the kind of sound we never expected from a ’60s Fantasy pressing such as this one.

This vintage stereo Fantasy pressing has the kind of Tubey Magical Midrange that modern records rarely even BEGIN to reproduce. Folks, that sound is gone and it sure isn’t showing signs of coming back. If you love hearing INTO a recording, actually being able to “see” the performers, and feeling as if you are sitting in the studio with the band, this is the record for you. It’s what vintage all analog recordings are known for — this sound.

What the best sides of Jazz Impressions of Charlie Brown have to offer is not hard to hear:

What We’re Listening For on Jazz Impressions of Charlie Brown

Jazz Impressions of a Boy Named Charlie Brown is an important album not only because it is Guaraldi’s first Peanuts soundtrack, but also because the music heard here probably introduced millions of kids (and their parents) to jazz from the mid-’60s onward. Actually, this music is the score for a documentary on the Peanuts phenomenon called A Boy Named Charlie Brown, which ran before the first Peanuts specials per se appeared on the CBS network.

The most remarkable thing, besides the high quality of Guaraldi’s whimsically swinging tunes, is that he did not compromise his art one iota for the cartoon world; indeed, he sounds even more engaged, inventive, and lighthearted in his piano work here than ever.

It must have been quite a delightful shock back then to hear a straight-ahead jazz trio (Guaraldi, Monty Budwig, bass; Colin Bailey, drums) backing all those cartoon figures and genuine children’s voices, a mordant running musical commentary that made its own philosophical points.

The music on this album laid the groundwork for much that was to come; here is the first appearance of the well-known bossa nova-influenced “Linus and Lucy,” and fans of the series will recognize such themes from future episodes as “Baseball Theme” and “Oh, Good Grief” (which is a rewrite of the Dixie Belles’ hit “Down at Papa Joe’s”).