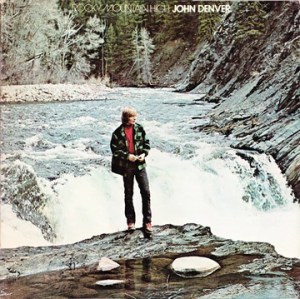 What We’re Listening For On Rocky Mountain High

Propelled by the title track, Rocky Mountain High became John Denver’s first Top Ten album. Though Denver still couldn’t figure out how to fill out an entire album without covering his betters (in this case, old favorites the Beatles and John Prine), he and his steady backup musicians, bassist Dick Kniss and guitarist Mike Taylor, were evolving into an exuberant folk-country sound that would prove enormously appealing over the next few years. The album contained one of Denver’s finest ballads, “Goodbye Again,” as well as one of his better old songs, “For Baby (For Bobbie).”