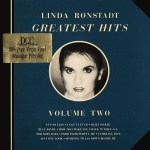 As much as I admire Steve Hoffman’s work for DCC, on this title the DCC is not as good as the best domestic copies. The best domestic pressings are cleaner, leaner and meaner than the DCC, and just plain more fun.

Not sure why so few reviewers and audiophiles notice these rather obvious shortcomings, but we sure do, and we don’t like it when records sound that way. These are records for those who are not sufficiently advanced in the hobby to know just how compromised and wrong they are.