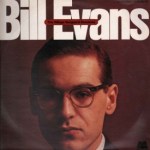 More of the Music of Bill Evans

Reviews and Commentaries for the music of Bill Evans

A classic case of Live and Learn. Many years ago we had played copies of the record and thought the sound was fine, shootout material in fact.

On today’s modern stereos it leaves a lot to be desired, and for that reason we say Skip It.

A stereo recording reissued in mono for no apparent reason? What were they smoking over there at Milestone?

This Milestone Two-Fer Double LP has GREAT SOUND. It’s very transparent and open with plenty of bass. Some of these early Two-Fer pressings tend to have excellent mastering (check!) and very good sound (check!). This copy is tonally right on the money. I guarantee it will beat the pants off the 45 RPM 2 LP set.

All the tracks on this 2 LP set were recorded in performance at The Village Vanguard on Sunday, June 25, 1961.