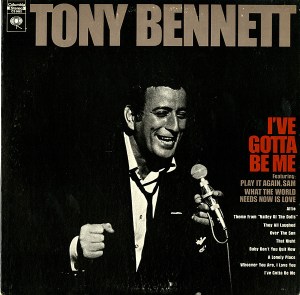 What We’re Listening For on I’ve Gotta Be Me

I’ve Gotta Be Me
Over The Sun
Play It Again, Sam
Alfie
What The World Needs Now Is Love

Baby Don’t You Quit Now
That Night
They All Laughed
A Lonely Place
Whoever You Are, I Love You
Theme From “Valley Of The Dolls”