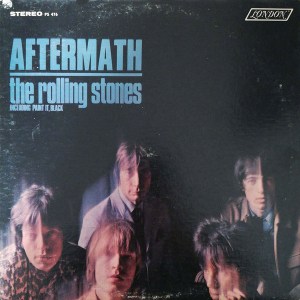 We’ve paired up a Double Plus (A++) copy for each side to create this Super Hot 2-pack, which is the only way we were able to find good sound for the whole album. Paint It Black is missing from the Brit version, but it’s here and it sounds wonderful.

A big surprise — domestic Super Hot Stamper sound for Aftermath! We didn’t even know it was possible, but on a lark we pulled a big stack of these out of the back and played them against our best imports. We were blown away when the best domestic copies held their own and delivered some seriously good early Stones sound!

Both sides are richer and smoother than we expected. You get lots of presence and energy, a very solid bottom end, and impressive transparency. The best Brit copies give you a little more clarity, but the best domestics like the two Double Plus sides of this 2-pack were cut very well and can actually rock a bit harder.

The Rolling Stones finally delivered a set of all-original material with this LP, which also did much to define the group as the bad boys of rock & roll with their sneering attitude toward the world in general and the female sex in particular… the group began incorporating the influences of psychedelia and Dylan into their material with classics like “Paint It Black,” an eerily insistent number one hit graced by some of the best use of sitar (played by Brian Jones) on a rock record. Other classics included the jazzy “Under My Thumb,” where Jones added exotic accents with his vibes, and the delicate Elizabethan ballad “Lady Jane,” where dulcimer can be heard.