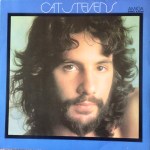 This commentary was written shortly after these three Universal Heavy Vinyl pressings were released in 2000.

Around 2000 Universal did the three most famous Cat Stevens titles, and they have to be three of the worst sounding records I have ever heard in my life. Many audiophile record dealers carry them. Have YOU been ripped off by one of these dealers? If so, we can help. We would never promote garbage like that.

Any record dealer who would actually charge money for these titles has to be either ignorant (having never taken the time to play the record — why bother when audiophiles will buy practically anything pressed on Heavy Vinyl?); auditorily-challenged (deaf, to be blunt about it); or cynically contemptuous of record lovers, music lovers and audiophiles in general.

If they’re gullible enough to buy into the 180 gram vinyl = better sound, they deserve what they get.

Mencken had a good take on a similar idea.

Democracy is the theory that the common people know what they want, and deserve to get it good and hard.

If you want to stop throwing your money away on bad records, stop doing business with the ignorant, deaf or cynical people who peddle them.

You can find these in our Hall of Shame, along with more than 350 others that — in our opinion — qualify as some of the worst sounding records ever made. (On some records in the Hall of Shame the sound is passable but the music is bad.  These are also records you can safely avoid.)