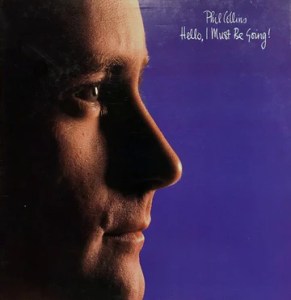 Fortunately, the recording quality of this album is still analog and can be excellent, thanks to hugely talented engineer and producer Hugh Padgham (Peter Gabriel, Genesis, The Police, Yes, Emerson, Lake & Palmer, etc.).

Phil’s third album, 1985’s No Jacket Required, sounds digital and ridiculously processed. I suppose not many albums from 1985 weren’t, but it’s still an unfortunate development for us audiophile types who may have wanted to enjoy these albums but are just not able to get past the bad sound.

What the best sides of this Phil Collins’ Second Solo album have to offer is not hard to hear:

Phil’s lead and harmony vocals are both breathy and present on the best copies, with natural, not hyped-up, texture, and harmonics. This is especially important for the love songs.

The many ballads on the album don’t work unless the sound is intimate and immediate.

Only the better pressings have the kind of high-resolution, full-bodied sound that allows both the rockers and the ballads to sound their best.

What We’re Listening For on Hello, I Must Be Going!

I Don’t Care Anymore
I Cannot Believe It’s True
Like China
Do You Know, Do You Care?
You Can’t Hurry Love

After the massive success of his 1981 album Face Value, Phil Collins didn’t take a much of a break. Genesis released Abacab six months later, then headed out on a long tour. When they got back, Collins jumped right into recording his second solo album, 1982’s Hello, I Must Be Going! The album wasn’t a huge departure from the formula established on Face Value, built as it was on introspective, gut-spilling ballads, horn-driven R&B jams, arty rockers, and dramatic breakup songs.

Despite the change in tone from intensely personal and dark to slightly detached and even lighthearted in spots, the album is still a winning follow-up that shows Collins to be in full control of songwriting and production. It may be a shade less impressive than Face Value, but that was a hard act to follow.