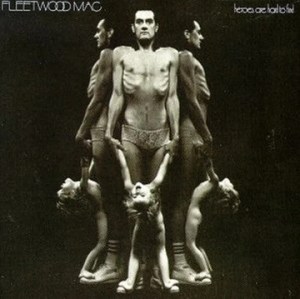 If you’re a fan and have never heard this album, you will find numerous gems that make it worth the price. The title track is excellent, as is Come a Little Bit Closer. (Practically everything Christine McVie does on these pre-Buckingham Nicks albums is good. On weak albums such as Penguin it’s McVie’s performances and songwriting that carry the day.)

This vintage Reprise pressing has the kind of Tubey Magical Midrange that modern records rarely even BEGIN to reproduce. Folks, that sound is gone and it sure isn’t showing signs of coming back. If you love hearing INTO a recording, actually being able to “see” the performers, and feeling as if you are sitting in the studio with the band, this is the record for you. It’s what vintage all analog recordings are known for — this sound.

On side one, listen for the quality of the tambourine reproduction on the first track. If your copy has no top end — most do not — that tambourine will underwhelm and the brass that carries the song will probably lack the kind of harmonic extension and clarity that help distinguish the different horns from each other. They won’t sound right individually or collectively.

Hard, midrangy vocals are far and away the biggest problem we ran into on copy after copy. The other problems we encountered are the ones common to all records: smear, lack of top or bottom end, opacity, etc.

What We’re Listening For on Heroes Are Hard To Find

Although this was Bob Welch’s last album with the band he had worked with since 1971, it sounds like he’s at his peak. Pared down to a foursome for the first and (as of 2002) only time since the addition of Danny Kirwan, both Welch and Christine McVie contribute some of their finest songs. Bolstered by sympathetic self-production and imaginative, often aggressive arrangements that include brassy horns on the title track, the album is one of their most cohesive yet diverse.

Welch left soon after the album’s release, and the group went on to bigger and better things, but Heroes is a minor gem that retains its effortless pop charms and contains some buried jewels in the extensive Fleetwood Mac catalog.