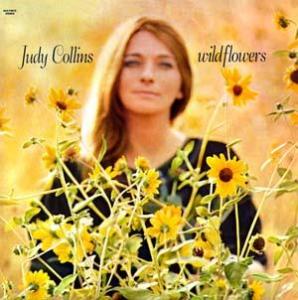 The first three songs on side one alone are worth the price of the album, three of the best Judy ever recorded. Joni Mitchell’s Michael from Mountains is one of the best songs on her debut album; Judy sings it with comparable taste and skill. Since You Asked is Judy’s own composition, her first to be recorded in fact. In this writer’s opinion, it’s the best song she ever wrote, “as good as it gets” as we like to say. And of course, Leonard Cohen’s Sisters of Mercy is one of his many masterpieces and brilliant in all respects as performed here.

Grammy Award for Best Folk Performance that year by the way.

Searching For The Best

We were surprised that so few copies sounded any good (present company excluded), that so few copies had the Tubey Magical qualities that we’ve come to expect from Elektra in 1967; the label was home to The Doors and Love at the time, what happened here? John Haeny, the engineer, worked on Waiting for the Sun, which is an amazing-sounding Doors album on the right pressing. Why so few great-sounding Wildflowers?

If that’s a legitimate question to pose, then first answer me this: why so few great sounding Waiting for the Suns?

What We’re Listening For on Wildflowers

Both Sides Now, the Top Ten hit that finally put Judy on the map, is clearly made from a dub tape and doesn’t sound as good as the songs that follow it on side two. Hey, it happens. Maybe it sounds right on the Greatest Hits? You could try one. We have trouble selling greatest hits albums so you’ll have to do your own digging on that one.

Soothing. Unique. Natural. These are clear adjectives used best when describing the style and grace of Judy Collins and her album Wildflowers. Her blend of folk and meditative music paints a tapestry of soft, nurturing colors that transcends the mind of the listener and seeks one’s soul. Much of the material feels uplifting and full of spirit, or even spiritual to some degree…

Collins makes a well-earned statement in her original tunes “Since You Asked,” “Sky Fell,” and “Albatross,” that deep, meditative, and subtle can be effective within the realms of music as an art form. She is certainly artistic with her approach, staying away from the clichéd folk and pop music that flooded much of the ’60s radio-friendly airwaves. Collins also includes her favorite melodies from the songbooks of Joni Mitchell and Leonard Cohen. This can benefit one as a pleasant listen, easy to soothe the mind and body, and release the burdens of everyday stress in society.