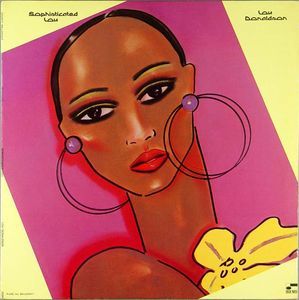 What the best sides of Sophisticated Lou have to offer is not hard to hear:

What We’re Listening For on Sophisticated Lou

You’ve Changed
Stella By Starlight
What Are You Doing For The Res of Your Life?
The Long Goodbye

For the most part, Sophisticated Lou found Lou Donaldson returning to standards after spending several years cranking out commercially oriented soul-jazz. Supported by a lush string section, Donaldson plays sensitive, pretty versions of such familiar items as “Stella By Starlight,” “What Are You Doing the Rest of Your Life,” “Autumn in New York” and “Time After Time,” plus a new reading of his “Blues Walk” and a cover of Stevie Wonder’s “You Are the Sunshine of My Life.” Sophisticated Lou pales when compared to the great Lush Life, but it remains a fairly successful effort, and it’s a nice change of pace after several albums of funky soul-jazz.