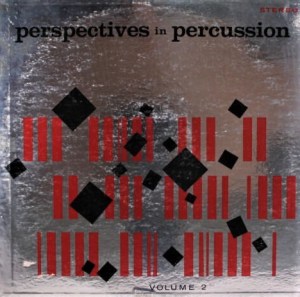 Absolutely the best “Crazy Percussion Extravaganza” we have ever heard. The sound JUMPS out of the speakers like you will not believe. The best of its kind bar none? That’s exactly what this record is.

The second image gives you the rundown on all the percussion instruments played on the album. I count 22! The recording is so good that if you listened to it enough times you might even be able to spot them all.

And it’s not just percussion. Click on the third image to see the many woodwinds and horns. Joining them are an organ, piano, electric guitar and of course bass.

The spaciousness of the studio is reproduced with uncanny fidelity, with both huge depth and width, but there is another dimension that this record operates in that Bang, Baa-room and Harp, just to take one example, does not — the instruments here are capable of jumping out of your speakers, seemingly right into your listening room.

The effect is astonishing. I have never heard these instruments sound more real than they do here. The timbre is perfection. The dynamics are startling. As it says on the back cover, “the world’s greatest percussionists, soloists and section men [yes, your read that right, “section”, not “session”] recorded in HOLLYWOOD without attenuated dynamics…”

Add to those clearly unattenuated dynamics high and low frequencies that are also not the least bit attenuated, and microphones capable of deadly accuracy, and you have yourself a recording of unparalleled fidelity. I know of none to equal it. We’ve played these kinds of records by the score but I have never heard one do what this one is doing.

White Hot, with so much energy and clarity it’s hard to imagine it could sound any better. Check out the big drums on How High The Moon and the spot-on reproduction of the tympani on I Got Rhythm. The fourth track, Mambo #5, is one of the best of its kind ever.

Nearly as good! Wall to wall, full-bodied, with Tubey Magic and energy like no record you have ever heard. The top on both sides is so extended; barely one in ten copies of Bang, Baa-room has a top end this open and correct and free of smear.

The power of the bass trombones exceeds that of the trombones on Bob and Ray! How is this even possible? Who the hell is Skip Martin and how did he make such an amazing recording for such a nothing label like Somerset?

And top top it all off, the cutting house is Bell Sound. Bell Sound is responsible for some awful sounding records — the early Mamas and Papas albums come painfully to mind — and some mediocre ones such as the original Let It Be (not painful but not very good either). How they cut this record so well is a mystery to me.

The Best Sound, Or Something Very Close to It

Two hundred bucks is a lot of money to pay for this kind of record. Let me make the case by saying that there is no better sounding record on the site right now, and it is very unlikely that there will be a better sounding record on the site any time soon. Out of the thousands and tens of thousands of records I have played over the years, I put side one of this copy roughly in the Top Five.

The arrangements of these mostly familiar songs are clever and innovative; the last thing this music could be called is boring or obvious.

As for the musicians, they’re clearly all studio pros, top “section” men. The fact that Irv Cottler is anchoring the ensemble ought to tell you something. Many consider him the greatest session drummer who ever lived, Frank Sinatra for one. There are far too many players to name, so these are just some of the guys I happen to recognize from other West Coast jazz albums:

Chinatown
Baubles, Bongos and Brass
Cumana
Git Git Git Guitar
I Get A Kick Out of You
C’est Si Bon 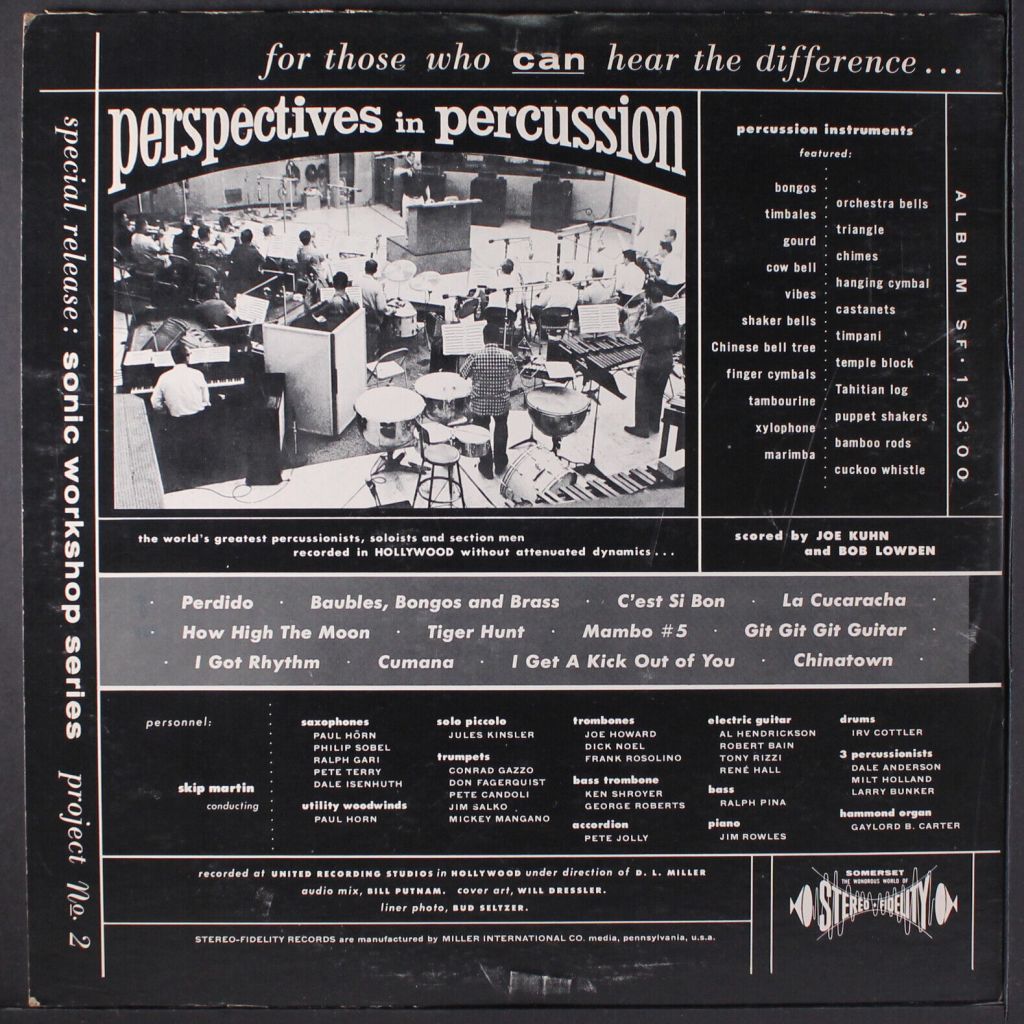