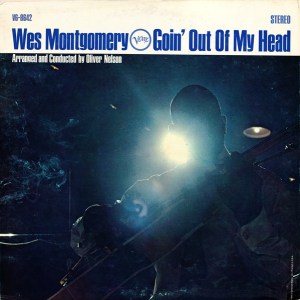 This White Hot Stamper Shootout Winner has the REAL Wes Montgomery/ Oliver Nelson / Creed Taylor/ Rudy Van Gelder MAGIC in its grooves. You will not believe how big, rich and full-bodied this pressing is on both sides. Since this is one of Wes’s better albums, hearing these sides was a THRILL for us and we’re hoping it will be as big a thrill for you too.

Everything that’s good about this era of RVG’s recordings, Wes’s music and those glorious Oliver Nelson arrangements is here. For my part let me just say that this is clearly the best sound I have ever heard for Goin’ Out of My Head.

It’s BIGGER, richer, more immediate, more present and dramatically more Tubey Magical than the other copies we played, yet there is no sacrifice in transparency or clarity. This is tube mastering at its finest. Not many vintage tube-mastered records manage to balance all the sonic elements as correctly as this copy did.

And if you own any modern Heavy Vinyl reissue, we would love for you to be able to appreciate all the musical information that you’ve unknowingly been missing. Speakers Corner remastered some Montgomery titles in the 2000s if memory serves, and they were passable at best. Any copy we offer on our site will be dramatically better sounding.

Top end extension is critical to the sound of the best copies. Lots of old records (and new ones) have no real top end; consequently the studio or stage will be missing much of its natural air and space, and instruments will lack the full complement of harmonic information.

In addition, when the top end is lacking, the upper midrange and high frequencies get jammed together — the highs can’t extend up and away from the upper mids. This causes a number of much-too-common problems that we hear in the upper midrange of many of the records we play: congestion, hardness, harshness and squawk. (Painstaking VTA adjustment is absolutely critical if you want your records to play with the least amount of these problems, a subject we discuss in the Commentary section of the site at length.)

(There were quite a few more than this; I only left in the names I recognized.) 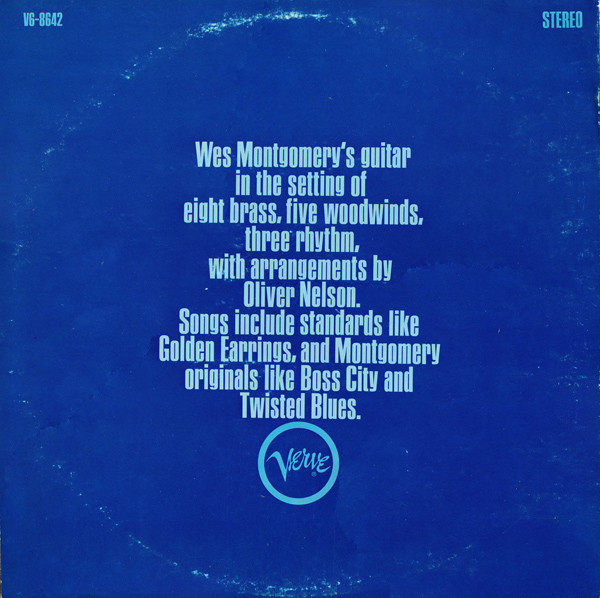 Never heard a good one. We stopped buying them years ago.

Steve Hoffman remastered this album on DCC Gold CD and vinyl. I remember liking the Gold CD somewhat, but I seriously doubt the DCC vinyl is as good; it almost never is. Neither will ever sound remotely as good as one of our Hot Stampers, but you can be sure the CD will sound better than the average Verve disc, because the average Verve disc is a mess.

Jazz writer Josef Woodard called the release “Commercial firepower and Grammy-winning accessibility notwithstanding, it’s a classic big-band album, with smart charts by Nelson and stolen moments of Montgomery’s guitar grandeur and romantic truth scattered throughout. The title track that made so much commercial and critical noise is all of 2:12 in duration, but the album also features plenty of jazz fiber…”

Goin’ Out of My Head was Montgomery’s first album with sales reaching near one million. It was producer Creed Taylor’s idea that Montgomery should do a cover of the title song, a 1964 hit by Little Anthony and the Imperials. At the time Taylor brought the song to Montgomery, he was playing at the Half Note Club in New York City with the Wynton Kelly Trio—sessions that appeared on his acclaimed 1965 release Smokin’ at the Half Note.

Taylor said in a later interview: “If you take away the R&B performance and just look at that song, it’s an absolutely marvelous song to improvise on. For that time, it had sophisticated changes and the whole structure was great. I was thinking, ‘This would be perfect for Wes Montgomery. But how am I going to overcome the fact that here’s Wes and his background? He’d be about the last person to listen to Little Anthony and the Imperials.'”