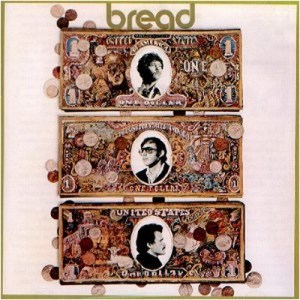 Side two of Bread’s debut here — the one that shows the heaviest influence of The Beatles, this being 1969 — is smoother, silkier, and sweeter than any copy we’ve EVER played. There’s TONS of life and energy and the clarity and resolution are nothing short of superb. The sound is clean and clear without losing any of the Tubey Magical Warmth we prize so highly here at Better Records. The bottom end here is deep and punchy with stellar definition. Side two rates an A++ to A+++, the best we’ve heard. (It may not get any better.) Bruce Botnick only recorded one album with Bread but it’s clearly one of the best sounding in their catalog, no surprise there.

Side one is a step down but much better than most, we graded it A+ top A++. It’s rich and full-bodied with a rock-solid bottom end. The key here is the vocal presence and breathiness. This side has decent presence but is not as high-rez as the best — this side two for example. But the musicality shines through the “old school” sound.

Notes on the Sound

Tracks one and three on side two tend to have a lot of phony EQ on the vocal tracks. Only the best copies manage to “fix” it.

On side one check out the tambourine on the third track. If your copy has its top end working right that tambourine will sound amazing. No two copies will have the instrument sounding exactly the same, or even remotely the same! It’s a key test we used for top end extension.

This is effectively the birth of Californian soft rock, as David Gates and compatriots blend the folk-rock of the Byrds and Buffalo Springfield with a distinctly British melodicism and a streak of sentimentality borrowed from McCartney. The result is a modest little gem, with more strange turns than you’d expect from their reputation — including soaring falsettos, spiraling melodies, rough guitars, and, best of all, a set of tightly-written, appealing songs.