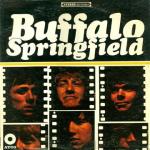 This review was written many years ago.

This is the first White Hot Stamper pressing of Buffalo Springfield’s self-titled LP to ever hit the site, and folks, you are in for shock if you know the album well at all. Although for the most part this is no Demo Disc, this pressing is SO MUCH BETTER than any other version we know of that it just blows our minds. I had my mind blown about ten years ago when I found my first one, and nothing has changed. It’s still the best pressing ever.

A+++, and my notes say that this is the only side one that actually has any frequency extension on either end. For whatever reason, the mastering engineers who cut this first album rarely managed to put any real top or bottom on the record. Why I can’t imagine. Highs and lows are on the tape; this copy proves it.

Again, notes for this side say it’s by far the best, with Tubey Magic, richness, bottom end, presence and freedom from distortion that no other copy could touch. You will not believe it, and the more copies you have tried in the past, the more astonishing the sound of this copy will be to you.

A+++, yes, it won both sides in our shootout, and there actually is Demo Disc sound on this side. Track three, Do I Have to Come Right Out and Say It, is AMAZING sounding here, probably because the arrangement is so simple that not much studio trickery was needed. (Kind Woman on the third album is that way too — Demonstration Quality on the best pressings.)

So rich and Tubey-Magical, yet clear and very high-rez, this version of the album changes everything. There is simply nothing like it, and when you hear it you will know that that is no hype.

The entire album bursts with thrilling guitar and vocal interplay, with a bright exuberance that would tone down considerably by their second record.

During its brief and stormy lifetime, Buffalo Springfield broke ground for what became country rock. After the band’s dissolution, several members found success in Poco; Crosby, Stills, Nash and Young; Loggins and Messina; and as solo artists.

Furay and Stills had played together, as had Canadians Young and Palmer, before the four hooked up in L.A. in 1966 to form Buffalo Springfield (named after a steamroller). Originally called the Herd, they added Martin on drums and vocals.

After a stint as the house band at the Whisky-a-Go-Go and touring with the Byrds, Springfield inked a deal with Atlantic and released its first album in 1967. Stills’ “For What It’s Worth” (#7, 1967) gave the group its biggest hit. By the time of its second album, Springfield was a major group coming apart at the seams. After Palmer was deported (following a drug bust) and producer Jim Messina was added on bass, and amid persistent squabbling between Stills and Young (who quit in May 1967, only to rejoin four months later), the group disbanded in May 1968.

When Last Time Around was released later that year, each of the members was on his own. Martin kept the band’s name alive with hired musicians and then had an abortive solo career. Stills and Young were successful in the 1970s with CSN&Y and solo work.

Short-term bassist Jim Fielder joined Blood, Sweat and Tears, while Messina and Furay formed Poco with pedal-steel guitarist Rusty Young, who had played on Springfield’s final album; Messina went on to the duo Loggins and Messina.

Later in the ’80s, Furay became a pastor for a Christian fellowship. In 1997 Buffalo Springfield was inducted into the Rock and Roll Hall of Fame; Young did not attend the ceremony. The long-awaited Buffalo Springfield box set was finally released in 2001.