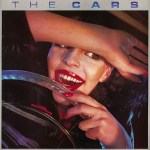 This is a commentary from many years ago.

As you may remember from our last go around with The Cars’ debut, we proclaimed that new White Hot Stampers had been discovered, and indeed they had. These, dear reader, are the very ones of which we spoke, and let me assure you, they are every bit as good. They just plain blow the doors off our previous favorites, which is both shocking and wonderful.

The King is Dead, Long Live the King!

Talk about jumping out of the speakers, the energy level of this copy is completely OFF THE CHARTS. You’ve probably heard these songs a million times, but you’ve NEVER heard them sound like this. Both sides have FREAKISHLY GOOD SOUND — dynamic, spacious and ALIVE!

Side one is OUT OF THIS WORLD! The material is superb — just check out the first three tracks: Let The Good Times Roll, Best Friend’s Girl, and Just What I Needed — how many albums start off with that kind of a bang? Each of those tracks sounds amazing — if you’ve got big speakers and a phono stage capable of resolving musical information at the highest levels, put this record on, turn it way up and get ready to hear some serious DEMONSTRATION QUALITY SOUND.

The guitars are meaty and grungy beyond belief, the synths have so much texture, and the drums are some of the punchiest you’ll ever hear. The overall sound is rich, full, present, dynamic and ALIVE! We rate side one an A+++ — it’s As Good As It Gets (AGAIG!)

Side two is every bit as good — super transparent, with amazing presence — the best we heard for ANY SIDE TWO — not to mention generous amounts of ambience. Moving In Stereo sounds SUPERB here — just listen to that floating synth and the full-bodied vocals. The top end is Right On The Money; check out the superb extension and the silky quality the cymbals have.

When we did our Candy-O shootout back in 2007, we had never before heard Demo Disc sound on a new wave record. Times have changed, though, and we owe much of that change to our EAR 324 Phono stage, which is capable of resolving at a much higher level than anything we had before. That super high resolution has allowed us to find the magic in the grooves that we always hoped was there.

And now we KNOW it is. Just listen to all the texture to the synthesizers or the character of the distortion on the guitar. Roy Thomas Baker (the man behind Queen) engineered this album, and he did a stellar job — it’s an amazing sounding recording, and a pressing like this gives you entree to all of that magic.

The DCC Gold CD is pretty darn good, one of Steve’s best, but it can’t begin to compete with this kind of seriously Hot Stamper vinyl.

The hottest of the Hot Stampers did one easily recognizable thing better than the Also-Rans, and it was apparent pretty much from the get-go. The multi-multi-multi-tracked choruses on the best copies don’t strain (a very common problem), they are bigger and more powerful, they stretch from wall to wall, and the voices that make them up are separated much more than on other copies. I won’t say you can make out all the players — there are dozens of tracks overdubbed together don’t you know — but you can make out some of the voices. At least you can if you have the kind of high resolution front end that we do. Big speakers help a lot too, giving space for each voice to occupy. What small driver speakers do to an album like this is a travesty, but that’s a horse we have already beaten savagely in more than enough places on the site, so we’ll leave that problem for the listener to solve.

Which means that if you have big dynamic speakers and like to rock, you can’t go wrong here. Neil Young albums have the Big Rock sound, and if you’re more of a Classic Rock kind of listener, that’s a good way to go. We’re behind you all the way, just check out the majority of the Hot Stampers on the site: CSN, Zep, Tull, The Stones — we can’t get enough of the stuff.

Still, variety is the spice of life, and the Cars really deliver the good on this new wave classic. If you love big meaty guitar chords, wild synth sounds, and HUGE punchy drums, this record may be just what you needed… so let the good times roll!