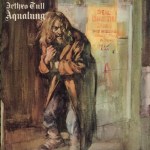 We award this copy’s side two our very special Four Plus A++++ grade, which is strictly limited to pressings (really, individual sides of pressings) that take a given recording to a level we’ve never experienced before and had no idea could even exist. We estimate that about one per cent of the Hot Stamper pressings we come across in our shootouts earn this grade.

This original Reprise Aqualung has a STUNNING Beyond WHITE HOT side two that just may have the best sound we’ve ever heard for the album. It will absolutely MURDER the British Originals and make mincemeat out of any reissue! Folks, for hard rockin’, Tubey Magical, psychedelic early ’70s analog, it just does not get any better. Here’s a knockout copy that will bring the power of Aqualung to life right in your very own listening room.

Keep in mind that most copies of Aqualung do almost nothing right. In fact, in one of our recent shootouts we didn’t find a single copy worthy of a three-plus grade. This one was so impressive, we felt that A+++ was not enough. No, Three Pluses won’t do for an Aqualung that sounds this good.

We’re calling it A++++. It’s some of the best Jethro Tull sound to grace our listening room in a very, very long time. We’ve missed our old friend and we’re glad to see he’s back and better than ever.

A copy with this kind of sound is what makes Aqualung a Top 100 Rock Title. Other copies with much lower grades, not so much.

Clean and Play — Repeat Until You’re Blue in the Face

If you clean and play enough copies, all the while making regular changes to your system, room, etc., one day you too will run into a side two that sounds like this. It took us twenty or thirty copies to do it (not to mention more than 10,000 hours of critical listening over the course of the last twenty years), but as long as you follow our approach and devote the necessary time and resources to the effort, there’s no reason you can’t find a copy like this. It can’t be the only one.

Or you can skip ahead twenty years and just buy this one.

A++++, WAY better than anything else we heard in our shootout! The vocals are rich and full, the drums are big and solid, and the whole thing has incredible jump-out-of-the-speakers presence and energy. We don’t think this album can sound any better than this, and we’ve heard a LOT of copies. White Hot Stamper material all the way, and then some!

A+ to A++, only a half a plus shy of our Super Hot Stamper designation. It’s rocking and energetic with none of the pinched, edgy sound that ruins so many pressings (once you get past the first two minutes or so; hard to fix that sound). A bit more clarity would have pushed it to a full A++, but as it stands the musical, balanced tonality easily lifts it above most of what we heard.

The big shootouts we did in 2009 and 2010 involved a number of British imports, including a handful of sides with 1U, 2U, and 3U stampers — the kind that go for big dollars on eBay no matter what they sound like. The British copies with the right stampers can sound amazingly rich and sweet, but they can’t ROCK the way the best domestic pressings do — not even close. Having heard so many by now, we don’t make much of an effort to buy them or play them these days. They are simply no longer competitive.

For those of you who have the MoFi, here’s a little “challenge.” I’m not sure if that’s really the right word. It’s actually more of a test, truth be told. But I’m guessing most people don’t like being tested by their record dealers so we’ll call it a “challenge”.

Play Mother Goose. If you don’t find anything seriously objectionable about the sound, if you don’t find the kind of MoFi Equalization Anomalies I decry at every turn, then something is very very wrong. In my humble opinion.

Wond’ring Aloud
Up to Me

This was the album that made Jethro Tull a fixture on FM radio, with riff-heavy songs like “My God,” “Hymn 43,” “Locomotive Breath,” “Cross-Eyed Mary,” “Wind Up,” and the title track. And from there, they became a major arena act, and a fixture at the top of the record charts for most of the 1970s. Mixing hard rock and folk melodies with Ian Anderson’s dour musings on faith and religion (mostly how organized religion had restricted man’s relationship with God), the record was extremely profound for a number seven chart hit, one of the most cerebral albums ever to reach millions of rock listeners.