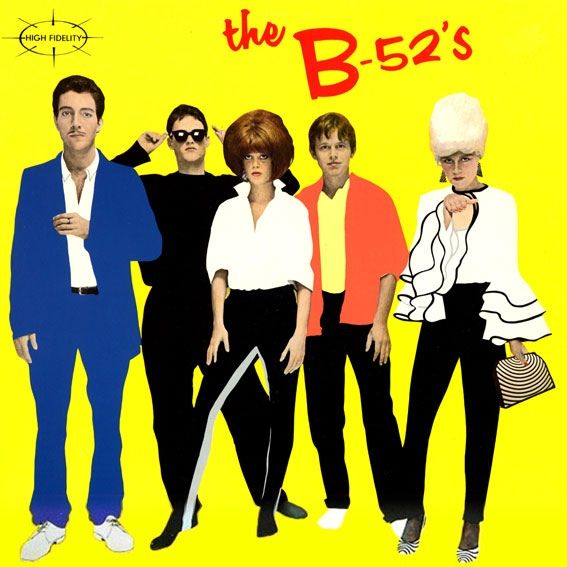 Who knew that good sounding records were still being recorded in 1979?

Candy-O comes to mind, but the B-52s’ first album has virtually none of the grit and Roy Thomas Baker heavy-processing of that one, and a lot more Tubey Magic to boot — when you get a pressing like this of course.

Both of these sides are superb, with the kind of huge, spacious soundstage and amazingly rich, full-bodied tonality that earned this recording its place in our Top 100. Talk about jumpin’ out of the speakers! Every instrument is clear and present, laid out right there in the listening room.

This recording reminded me of a really good Don Landee / Ted Templeman production, the kind you hear on JT or Simple Dreams or the better Doobie Brothers albums. Everything is laid out clearly: there’s a space created for every part of the frequency spectrum from the lowest lows to the highest highs, with nothing crowding or interfering with anything else. The production is professional, clean, clear and REAL sounding everywhere you look.

Chris Blackwell of Island Records produced the album, recorded it in Nassau, with engineering by a fellow named Robert Ash, whose work I was not familiar with. Turns out he’s worked with none other than Rhett Davies and Eno, two individuals we have nothing but the utmost respect for. Ash did a great job on this album. Until we hear something better we would have to say this is the Best Sounding Album of 1979.

Tubey Magic in 1979? Somehow they managed to pull it off!

The toy piano Fred Schneider plays on Dance This Mess Around. It’s at the back of the stage, placed at about 10 o’clock in the soundfield. On most copies it sounds more like a glockenspiel than a toy piano; the best copies bring out the unique qualities of the instrument. Music has been written for it and classical concerts performed on it, can you imagine? And Fred plays it in concert (or used to anyway).

1979 sure was an interesting year. The Wall, Breakfast in America, London Calling, Off the Wall, Get the Knack, Damn the Torpedoes, Armed Forces, Spirits Having Flown, Tusk, The B-52s, Rust Never Sleeps, Rickie Lee Jones, Candy-O — the variety is remarkable. Even more remarkable is the number of albums recorded in ’79 that sound fresh and engaging to this day, more than 35 years after they were released. I could sit down in front of my speakers today and play any one of them all the way through. Try that with ten favorite albums from ’89, ’99 or ’09.